This month, church officials announced that the same architect who designed the 9/11 memorial in New York City would also design a monument memorializing the shooting in 2015 at the Emanuel AME Church in Charleston, South Carolina.

“I feel very privileged to be here,” Michael Arad, an Israeli-American, said. “But I also feel the weight of this responsibility and pray that I will find the means to convey the beauty that I’ve seen here in Charleston.” Arad, who was chosen out of 5,000 applicants to design the 9/11 memorial in 2004, said that he would be speaking to survivors and family members as well as members of the congregation in order to get ideas for the design.

The Rev. Eric Manning, the church’s current pastor, said that he hoped Arad would be able to design something that could “evoke the weight of the tragedy” while at the same time pushing for positive change.

“Michael Arad’s design for the September 11 Memorial expresses both the devastating loss of life, while also expressing peace, comfort and hope,” Manning said in a statement. “His ability to symbolize these conflicting feelings to create a very moving memorial was a compelling qualification for the task of the Emanuel AME Memorial.” 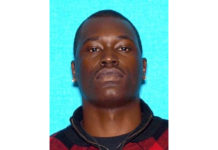 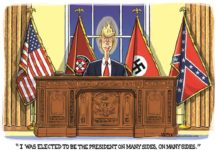