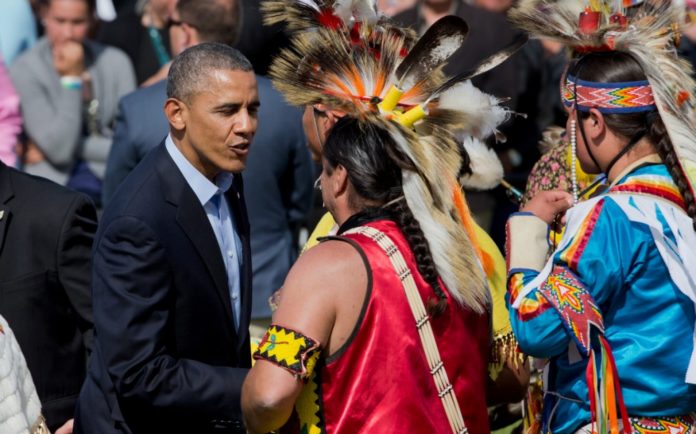 After the U.S. Army Corps of Engineers announced Sunday that the Dakota Access Pipeline owners—Energy Transfer Partners, MarEn Bakken, Phillips 66 and Sunoco Logistics Partners—would not be granted easement to drill beneath Lake Oahe on the Missouri River, many water protectors at Standing Rock celebrated, but with the clear-eyed certainty that the fight is far from over.

Standing Rock Sioux Tribal Council Chairman David Archambault II, however, has a different take: He wants anyone who isn’t a member of the Standing Rock tribe to pack it up and leave the Oceti Sakowin (Seven Council Fires) Camp. Citing inclement weather as his primary concern, Archambault also warned that any water protectors committing a crime, such as hurting law enforcement or destroying equipment, could undermine all of their efforts to stop the pipeline.

Let’s be clear: the violence that has descended on Standing Rock has all been courtesy of law enforcement’s rubber bullets, water cannons, attack dogs and tear gas trained on water protectors. One of the most heinous examples is what happened to Sophia Wilansky, 21. The water protector from the Bronx, N.Y., may lose her arm after being hit by a concussion grenade.

Archambault’s words mirror those of Cass County, N.D., Sheriff Paul Laney, who told Valley News Live, “That heavy presence is gone now, and I really hope in this de-escalation they’ll see that, and in good faith … the leadership in those camps will start squashing the violent factions.”

EXCLUSIVE: @CassNDSheriff Laney, speaking from behind blockaded bridge on Highway 1806, "It's time [for protesters] to go home." V @MPRnews pic.twitter.com/85GpJbiGU0

The tribal chairman’s words have reportedly caused some confusion and disappointment among those gathered at the Oceti Sakowin.

“A lot of folks were still celebrating,” said MPR News correspondent Doualy Xaykaothao, reporting from the camp. “The idea that people should go home after such a victory, obviously there’s some disappointment here.”

With Donald Trump taking office in a little over a month, his support of and financial investment in DAPL makes it a certainty that he will attempt to push construction of the pipeline forward. DAPL owners released a statement Sunday night making it clear that Beltway political maneuvering will not stop them from constructing around and beneath Lake Oahe:

The White House’s directive today to the Corps for further delay is just the latest in a series of overt and transparent political actions by an administration which has abandoned the rule of law in favor of currying favor with a narrow and extreme political constituency.

As stated all along, ETP and SXL are fully committed to ensuring that this vital project is brought to completion and fully expect to complete construction of the pipeline without any additional rerouting in and around Lake Oahe. Nothing this Administration has done today changes that in any way.

Archambault said that he is willing to work with Trump and convince him that the Army Corps decision was the right one to make.

“The tribe has been forgiving for over 200 years,” he said. “We have to take the next step on this issue and get over it and start working together again.”

This approach seems futile, for good reason. Energy Transfer Partners CEO Kelcy Warren has been clear not only that Trump will pave the way for the pipeline but also that Warren himself doesn’t give a damn about the water protectors or their ancestral land.

“The people of the state of North Dakota are generally, generally wonderful people, law-abiding, nonviolent people. And they’re trying to go about their lives,” Warren said. “This has been such a disruption to that state.

“This is not a peaceful protest,” he continued. “So if they want to stick around and continue to do what they’re doing, great, but we’re building the pipeline.”

Archambault’s rush to declare victory before being certain that DAPL will, in fact, be rerouted away from Lake Oahe is not embraced by many people in the Standing Rock nation.

In a video posted Dec. 6, Standing Rock member Chase Iron Eyes said that he respectfully disagrees with Archambault. Though it is critical that white colonial settlers leave indigenous sacred land upon request and not claim space for themselves, Iron Eyes has asked all water protectors to stay and stand with Standing Rock.

In addition to saying that indigenous peoples from other tribes are welcome, he said, “Anybody from the Veterans Camp, anybody from Occupy [Wall Street], the feminist movement, from Black Lives Matter … there are literally 8,000 people at that camp right now.

“I understand where our chairman is coming from, but as a Standing Rock national, as a tribal member, as a person who is descended from the 1868 [Laramie] Treaty, we need to stand up right now and invite those of you who can and will stay at your own risk, who understand the inherent risk of staying in a North Dakota winter, to stand with us,” he continued. “Because this pipeline [battle] is not finished. And we have to stand strong and stay vigilant until it’s done.”

There is still currently a standing Eviction Order for the Oceti Sakowin Camp by the US Army Core [sic] and this could easily be used to pressure the camp to leave the Treaty land. If the numbers at camp go way down as I expect from these headlines and statements by even GreenPeace “claiming victory” it will be easier to attempt to force the remaining Water Protectors out.

I can see Morton County Sheriff and DAPL Private Security currently in the hills across the Cannonball River riding around. The monstrous militarized concrete barricades blocking the highway where police laughed as they aimed Water Cannons in below freezing temperatures at innocent people remain. The Concertina wire on Turtle Island and all throughout the hills remain.

This can’t be said enough: Not only was DAPL approved by the Army Corps of Engineers, but it was done despite clear treaty violations. On Sept. 30, 2014, Standing Rock Tribal Council leaders met with DAPL representatives and discussed living in a “national sacrifice area.”

“You must know we are Sitting Bull’s people,” said former Standing Rock Sioux Councilwoman Phyllis Young. “You must know who we are. We sit on a previous military fort and we have survived that. And we have rebuilt on what was taken from us. We survived Wounded Knee, a massacre. We are survivors. We are fighters and we are protectors of our land.

“We realize we are in a national sacrifice area; we have always been,” Young continued. “The Black Hills are a part of our territory. National sacrifice so America could take the largest gold mine and take all the gold from our people.” 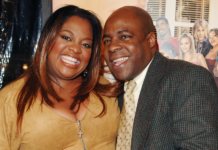 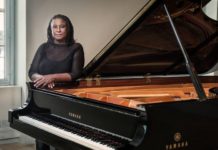