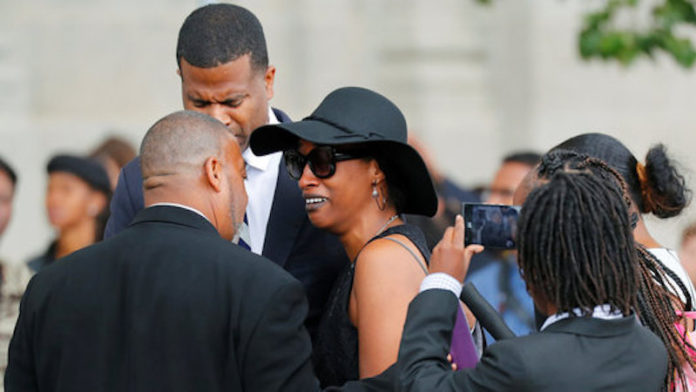 Diamond Reynolds testified on Tuesday that she streamed her boyfriend Philando Castile’s dying moments on Facebook last July because she feared police officers would kill her, too.

Reynolds was testifying at the trial of Jeronimo Yanez, the officer who fired seven shots into a car occupied by Castile, Reynolds and her daughter during a traffic stop for a broken taillight. The St. Anthony, Minnesota cop killed 32-year-old Castile, and has been charged with second-degree manslaughter and dangerous discharge of a firearm.

Moments after the shooting, Reynolds used her cellphone to live-stream and narrate the aftermath. Castile, a public school lunchroom supervisor in the St. Paul suburbs, had informed Yanez that he was carrying a licensed firearm moments before the officer shot him, Reynolds said in the 10-minute video. Yanez has claimed that Castile endangered him by reaching for the concealed weapon.

Asked in court why she shared the video, Reynolds said she feared for her daughter’s safety and her own well-being while Yanez continued to point a gun into the car.

“I know that people are not protected against the police,” she said, according to reporters in the courtroom. “And I wanted everyone to see, that if I died in front of my daughter, everyone would know the truth.” Castile, Reynolds and her daughter are black, and Yanez is Latino.

Diamond Reynolds on why she live streamed after shooting: "because I know that the people are not protected against the police." (1)

"And I wanted everyone to see, that if I died in front of my daughter, everyone would know the truth." (2)

The graphic footage Reynolds captured was seen millions of times and ignited protests against police shootings across the country. It showed Reynolds pleading for help as Castile sat in the seat next to her covered with blood.

To many viewers, she appeared surprisingly calm as she questioned Yanez about his actions. By contrast, Yanez appeared highly agitated. Experts say it’s not uncommon for people to remain composed during a traumatic incident, The Washington Post reported.

At times, Reynolds cried from the witness stand as the video played.

Defense attorney Earl Gray questioned Reynolds about marijuana that was found in the car. Yanez’ legal team has previously suggested that Castile was high and not following the officer’s instructions.

Reynolds testified that she regularly smoked weed, but the discussion didn’t indicate if Castile had used marijuana that day, according to The Associated Press.

Gray also zeroed in on inconsistencies between Reynolds’ statements to investigators and what she said in the Facebook stream. Reynolds admitted that Castile did not have his hands in the air when Yanez shot him, as she said in the video. He was reaching for his seat belt, Reynolds said on Tuesday.

On Monday, jurors saw dashcam footage of the encounter, recorded from Yanez’ patrol car. It captured the officer cursing after Reynolds began filming, but didn’t clearly record the disputed events that preceded the shooting, according to journalists in the courtroom.

Prosecutors claimed that Castile said “I wasn’t reaching for it” after Yanez shot him. 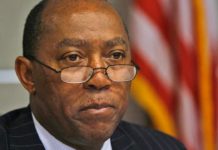 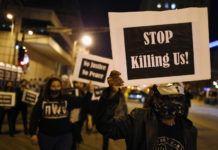 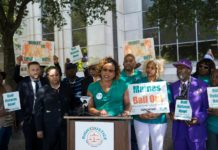