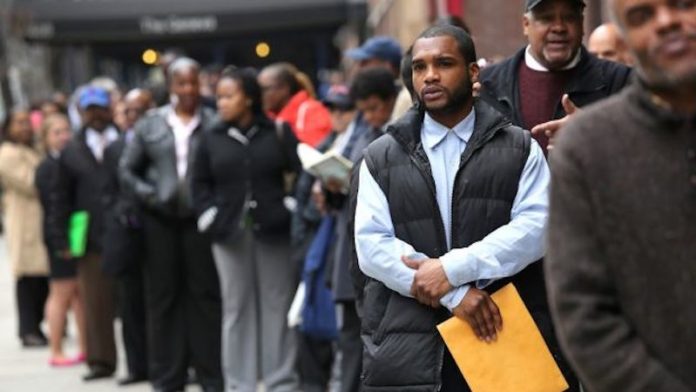 The labor force participation rate, which is the share of the population that is employed or looking for work, ticked down from 62.4 percent to 62.3 percent in February.

The employment-population ratio, which is the share of the population that has jobs, also declined for Black workers from 57.5 percent to 57.3 percent in February.

The white unemployment rate inched closer to 4 percent, decreasing from 4.3 percent in January to 4.1 percent in February.

The unemployment rate for Black men over 20 increased from 7.3 percent in January to 7.8 percent in February.

Before his inauguration in January, Trump often questioned the Labor Department’s monthly jobs report, but when the latest report was released, White House officials expressed their enthusiasm about the results.

During the press briefing after February’s jobs report was released, Press Secretary Sean Spicer was asked if Trump believed that the report was accurate.

Spicer answered, “[President Trump] said to quote him very clearly, ‘They may have been phony in the past, but it’s very real now.’”

In a statement about the February’s jobs report, Rep. Bobby Scott (D-Va.) said that Trump inherited a growing economy from his predecessor.