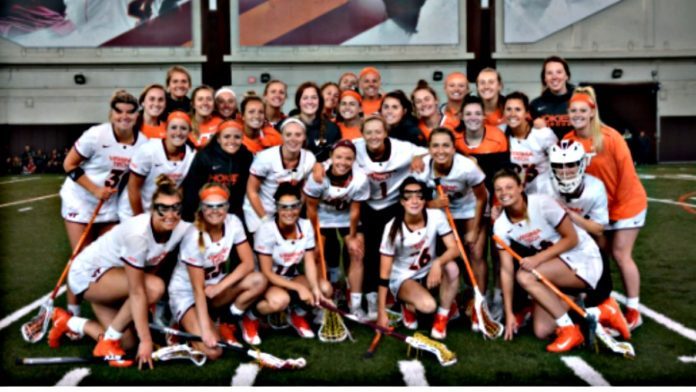 Virginia Tech women’s lacrosse Team were celebrating their win over Elon University by listening to Lil Dicky and Chris Brown‘s “Freaky Friday.” The song says the n-word 11 times and the lacrosse team, who appears to be all-white, enthusiastically chanted the word on video.

Their coach John Sung told Roanoke.com, “This is a teachable moment. It’s not something that we’re proud of. The team is very apologetic and sorry. There’s nobody of any color that should say it. Period. There’s nobody that should say it.” He also added, “There was no malice involved. They just thought that they were singing along to a song. They had just won. They’re singing songs. The first couple songs were Disney songs. … They were celebrating and they were dancing and they were excited. They’re good kids that made a bad decision.”

He also reminded us that he is a minority, originally from South Korea, “They’ve got to be educated to make better decisions. They’ve got to know what’s socially acceptable, and I think they’re learning all those things. It’s a lot on me as the leader. People forget — I’m a minority.” Let’s hope the coach understands that any “minority” can be anti-Black, including Black folks.