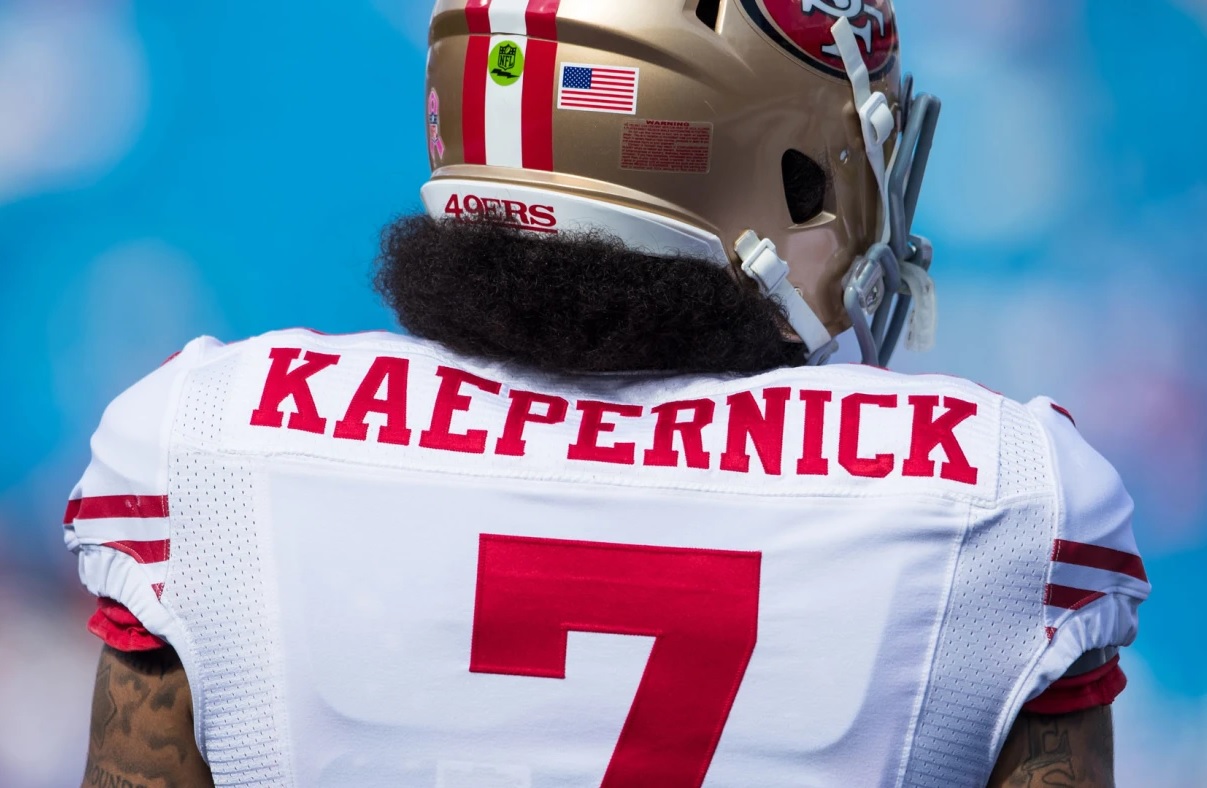 The U.S. Navy SEALs are investigating after video surfaced from a fundraiser last year in Florida that showed a K-9 demonstration using a “Colin Kaepernick stand-in.”

The demonstration was apparently mocking Kaepernick’s peaceful protests against systematic racism and police brutality, which involves kneeling during the national anthem.

The video — which was posted last January, but went viral this weekend — shows what appear to be Navy SEAL dogs attacking a man wearing a Colin Kaepernick jersey during a demonstration.

Laughter ensued from the crowd, clearly taking his statement as a joke regarding Kaepernick’s protests during the national anthem.

In another video, after “Navy SEALs and Navy SEAL dogs take down Colin Kaepernick for not standing during National Anthem,” he moans something like, “Oh man, I will stand” #BecauseFlorida https://t.co/uZ3ervZguB pic.twitter.com/6vi1uCGIt5

Kaepernick first started kneeling during the national anthem in 2016 while he was with the San Francisco 49ers. He hasn’t played in the league since that season, and received immense backlash for his protest, which was used to bring attention to social and racial injustice in the United States.

That form of protesting has taken off in recent months, with NBA players and coaches, Major League Baseball players and both MLS and NWSL players participating in their respective season restarts. Countless NFL players have already committed to kneeling during their season this fall, too.

The Navy SEALs announced on Sunday that they have launched a full investigation into the incident, which took place at the national Navy SEAL Museum near Fort Pierce, Florida.

After condemning the incident, the organization said it believes that none of the people participating were active duty Navy personnel.

“We became aware today of a video of a Navy SEAL Museum event posted last year with a military working dog demonstration,” the SEALs said in a statement. “In the demonstration, the target is wearing a Colin Kaepernick jersey. The inherent message of this video is completely inconsistent with the values and ethos of Naval Special Warfare and the U.S. Navy.

“We are investigating the matter fully, and initial indications are that there were no active duty Navy personnel or equipment involved with this independent organization’s event.”