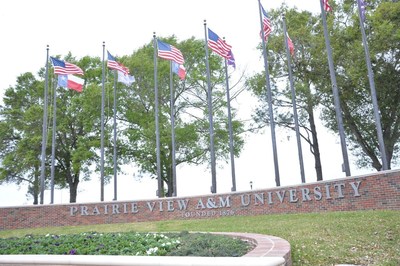 Prairie View A&M University is stepping into the fight for civil justice with the launch of a Center for Race and Justice. The university will also require a mandatory class on the history of race for incoming students in the wake of the tragic death of Houston native George Floyd.

Prairie View President Ruth Simmons announced those and other initiatives in a heartfelt letter to the historically Black university’s community. The public outrage, riots, marches and uprisings in Houston and in cities around the country in response to Floyd’s death needed a proactive response, she said.

“For too long, we have been content to have others dictate the limits of our ability to act: individuals who call for a different course of action, those who are concerned about controversy, those who advocate ‘staying in our lane,’” Simmons wrote.

Simmons said the university will propose a Center for Race and Justice and “encourage teaching and scholarship that contributes positively to overturning systemic biases that impede the ability of minorities and other groups to be accorded their full rights under the U.S. Constitution.”

All incoming students will be required to take a course on the history of race and class in the United States, which Simmons said can help ground students in their reality and help them navigate “the often confusing treatment they may encounter in the future.” The school will also establish an annual award, the “Sandra Bland/Robbie Tolan Award, which will acknowledge the important work of activists and the understanding of criminal justice reform. Both Bland and Tolan graduated from Prairie View.

Bland died in a Waller County jail in 2015 following an arrest for a traffic shop and an altercation with a police officer. Robbie Tolan was unarmed when his vehicle was mistaken by police as stolen. Police confronted Tolan and shot him while he was in the driveway of his family’s Bellaire home in 2008. Tolan survived.

Led by endowed political science professor Melanye Price, the center still must be approved by the Texas A&M University System, its board of regents and the Texas Higher Education Coordination Board.