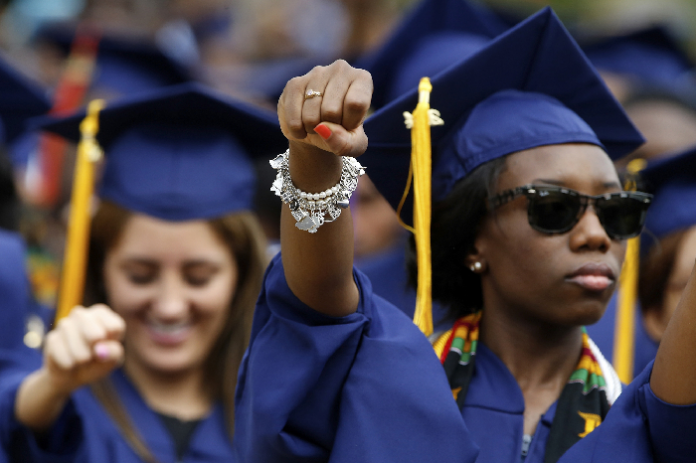 Here’s the good news: Enrollment at Historical Black Colleges and Universities (HBCU) has never been higher, with the trend showing no signs of slowing anytime soon.

Now, here’s the not so good news, at least for traditionalists: As that spike in students bolsters the bottom lines for schools which may not have been on the firmest of financial footings, it has also been threatening to change the typical racial makeup of HBCU students.

“In many cases, African-American students have ceased being a majority at HBCUs,” according to a new report from Diverse Issues in Higher Education published last week. “At some, they are a small minority among a White majority.”

The report did not single out schools in particular that apparently fell under that category, but a closer look at recent statistics showed an increasing number of white people have been enrolling as undergraduates at HBCUs over the years.

The percentage of white students at HBCUs stood at 17 percent, according to a report last year from Pew Research Center. That figure was up from 13 percent in 1980. Data provided by the National Center for Education Statistics confirm the steady rise in white students enrolling in HBCUs from 1976 through 2004. That could be the reason, at least in part, why HBCUs saw record growth in 2017.

However, coinciding with that rise in white students at HBCUs was the “lower shares of blacks attending these institutions,” according to Pew:

“As desegregation, rising incomes and increased access to financial aid resulted in more college options for blacks, the share of blacks attending HBCUs began to shrink,” Pew found. “By fall 1980, 17% of black students enrolled in degree-granting institutions were enrolled at an HBCU. By 2000, that share had declined to 13%, and it stood at 9% in 2015.”

For those aforementioned traditionalists, the surge of white student enrollment can be seen as a gift as well as a curse, metaphorically speaking. Adding more students, either white or of any ethnic background, is important to fend of an apparent existential crisis for many HBCUs that has forced some to shut down and others to ponder a new way forward, according to a professor at The King’s College in New York City.

“The reality is that if HBCUs — with the exception of maybe the top five or six — do not diversify, they’re all going to die,” Anthony Bradley, who has written about HBCUs, told Time in 2014. “While they may continue in their mission in respect to providing opportunities to African-Americans on paper, in reality they’re simply going to have to become more like any university in the country.” 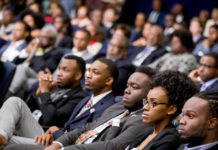