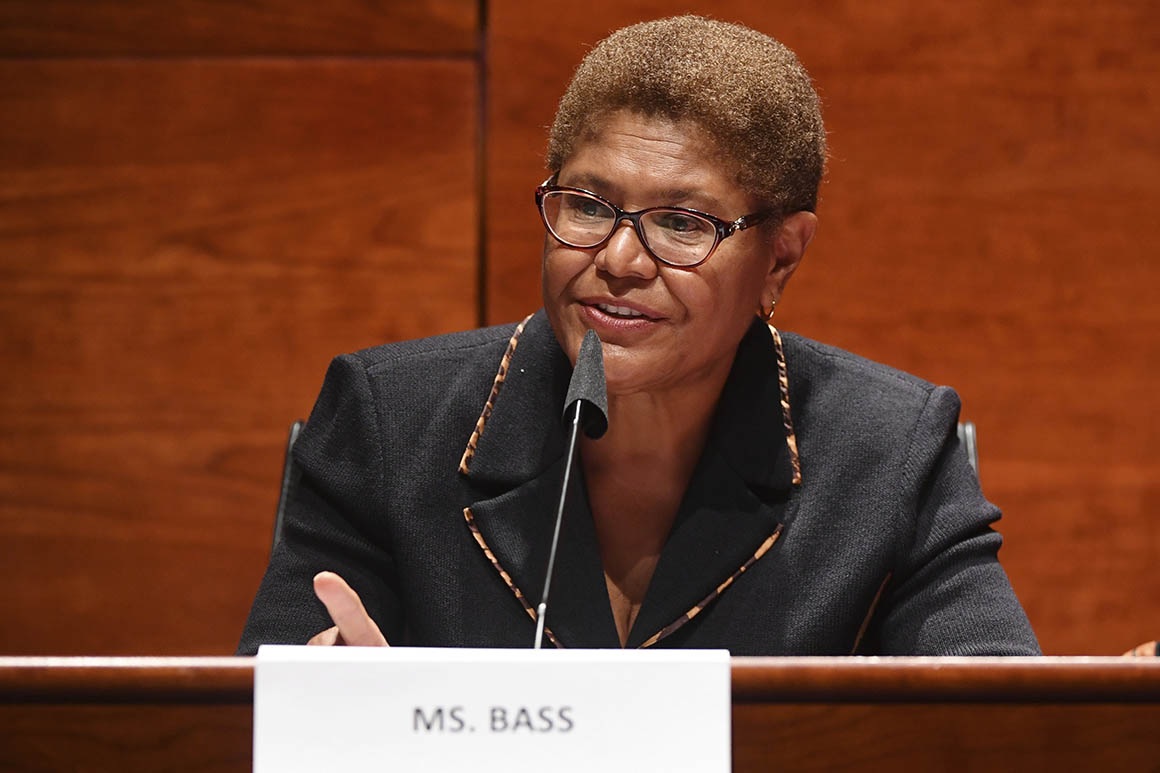 Rep. Karen Bass (D-Calif.) is doing plenty of walking back this weekend after increased media scrutiny into her past statements, amid reports that she is one of a few Black women under consideration for Joe Biden’s running mate position.

On Saturday, the Congresswoman responded to a video recently unearthed by The Daily Caller which shows her praising Scientology at the opening of one of their churches in 2010.

“This day and this new Church of Scientology is an exciting moment because I know your goal and your commitment is truly to make a difference,” said Rep. Bass at the time.

“The Church of Scientology I know has made a difference, because your creed is a universal creed and one that speaks to all people everywhere.”

Karen Bass in 2010 at a ribbon-cutting for a Scientology church:
“That is why the words are exciting of your Founder L. Rob Hubbard…The Church of Scientology I know has made a difference, because your creed is a universal creed and one that speaks to all people everywhere” pic.twitter.com/EghkCwqHi6

“Ten years ago, I attended a new building opening in my district and spoke to what I think all of us believe in—respect for one another’s views, to treat all people with respect, and to fight oppression wherever we find it,” Rep. Bass tweeted of her remarks at the Scientology church opening.

“Since then, published first accounts in books, interviews, and documentaries have exposed this group,” she added. “Everyone is now aware of the allegations against Scientology.”

On Sunday, Rep. Bass also appeared on Fox News to renounce a statement she gave about Fidel Castro when the former head of Cuba died in 2016.

On “Fox News Sunday,“ the California Democrat faced questions about several visits to Cuba in the 1970s and a statement she released after Castro’s 2016 death saying, “the passing of the Comandante en Jefe is a great loss to the people of Cuba.

Bass told Fox host Chris Wallace that her perspective “developed over time” and that she now understood that the Castro government “was a brutal regime.” Bass said she spoke with colleagues from Florida who raised concerns about her comments and that she “would not do that again, for sure.”

One of the Congresswoman’s colleagues from Florida, Rep. Marco Rubio, has already been using her statement about Castro to rile people up about her suitability to be vice president.

“She will be the highest-ranking Castro sympathizer in the history of the United States government,” Rep. Rubio said in a recent call organized by the Trump campaign, according to the Palm Beach Post.

Biden is expected to choose his VP nominee this week and announce his choice to the public during the week of August 10, reports the New York Times.