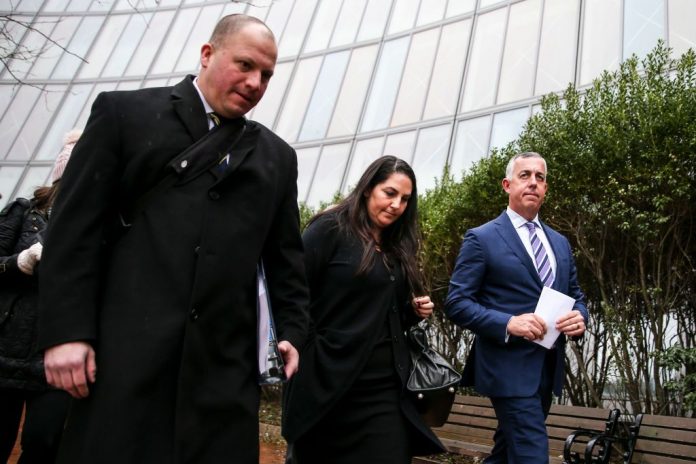 Another college admissions scammer will receive prison time for trying to cheat their kid into a good school.

According to BuzzFeed News, Marjorie Klapper is the latest to be sentenced after she falsely claimed that her white son was Black and Latino. She also claimed he was a first-generation college student even though she and his father went to college. On top of all this, Klapper also paid major cash ($15,000) to boost her son’s ACT scores.

Klapper is the ninth parent to be sentenced for her involvement in the college admissions scandal, which was announced by federal investigators back in March. The whole ordeal involved more than 50 people, coaches and other conspirators, most notably Felicity Huffman and Lori Loughlin.

Back in May, Klapper pleaded guilty to one count of conspiracy to commit mail fraud and honest services mail fraud. Now, she’s sentenced to three weeks in prison, which is a little over Huffman’s sentence of 14 days in prison. US Attorney Andrew E. Lelling thinks the three weeks isn’t enough for Klapper’s transgressions. “Ms. Klapper thereby not only corrupted the standardized testing system, but also specifically victimized the real minority applicants already fighting for admission to elite schools,” he said.

Klapper also faces one year of supervised release. She’s also ordered to complete 250 hours of community service and required to pay a $9,500 fine.

Prosecutors say that Klapper participated in various acts of fraud over the course of three years on behalf of both her sons. She contacted the biggest brainstorm of the falsifying network, Rick Singer, to help prepare her older son for his college admission tests.

After the eldest kid received an SAT score of 2140 out of 2400, Educational Testing Service, which administers the exam, accused him of cheating because of major differences between his PSAT and SAT scores as well as “substantial agreement” between his answers and those of another student, according to prosecutors.

ETS threatened to null the score, so Klapper conspired with Singer to submit a fake invoice to explain her son’s improvement by falsely claiming he underwent more than 170 hours of private tutoring to prepare for the test, read court documents. ETS still canceled the score, however.

Two years later, Klapper contacted Singer again, this time for her younger son. He took the ACT at Singer’s rigged testing center in West Hollywood in October 2017. After the teen finished the exam, a conspiring proctor corrected his answers to increase his score to a 30 out of a possible 36, according to prosecutors. Klapper then dished out $15,00 to Singer’s bogus charity, Key Worldwide Foundation.

To add insult to injury, Klapper also went the extra mile and agreed with Singer to falsify her son’s college applications by claiming that he was Latino and Black and that he was a first-generation college student.

“She purposefully sought to portray her son as a minority, and the child of parents who did not attend college, despite the fact that he was neither, because she thought that lie would further bolster his college prospects,” prosecutors explained in a sentencing memo. “She thereby increased the likelihood that her fraud would come at the expense of an actual minority candidate, or an applicant who was actually the first in his or her family to attend college.”