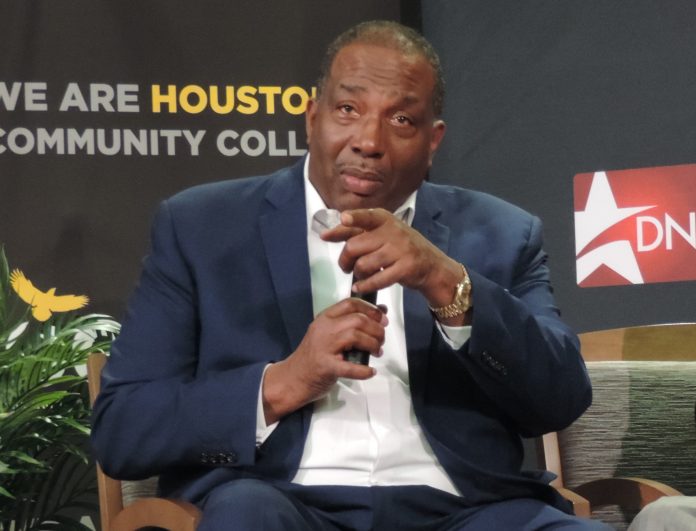 State Senator Royce West on Wednesday decried the state’s rush to force students and teachers back into Texas classrooms amid spikes in COVID-19 cases and an increasing number of children being impacted by the disease.

“Yesterday, Attorney General Paxton offered guidance that indicated local schools may not shut down based upon guidance from local health authorities. TEA promptly followed that with guidance saying that if schools shut down because of such orders, they will not receive state funding for that period,” West said.

“This is not the procedure we should be following to reopen Texas schools,” West said.
West also questioned the nature of the guidance Paxton issued.

“General Paxton, in a letter to the mayor of Stephenville concerning school reopening, which his office has linked to as its ‘guidance’ to Texas schools, uses twisted logic and reasoning to say that the Governor’s Executive Orders don’t apply to public schools. While the AG has the authority to draft an opinion when asked, I’m unaware of any law giving General Paxton the ability to turn such a response into sweeping guidance for all Texas schools,” West said.

“We cannot use the government purse strings as a tool to extort local leaders into putting the next generation of Texans–or their teachers–in harm’s way amid a global pandemic,” West said. “The lives of students, teachers, and support staff are too important to use education dollars in this kind of carrot-and-stick approach,” he said.

“We are risking committing a generation of our students and teachers to a lifetime of health difficulties if we send them back to classrooms without COVID-19 on a downward spiral. Right now, cases are climbing,” West said, noting that those who survive COVID may see a combination of health problems from lung difficulties to being forced on to kidney dialysis.

“I believe that we need to reconsider the circumstances under which schools will reopen. I believe local health authorities need to have greater say and be able to make this decision with local school leaders,” West said. “Government closest to the people is best for the people and we cannot dictate a one-size fits all solution from Austin with spikes in both rural and urban areas,” West said.

West said he favored allowing local districts to set standards to return to in-person learning based on 14-day continuous decreases in infection rates, and based upon the abilities of districts to ensure both teachers and students are protected.

“This is going to be different for every district,” West said.

“Schools in Texas aren’t all the same. You have old facilities, you have new facilities, and with that comes different abilities for districts to allow social distancing, and maintaining certain numbers of pupils in an in-person class. We just can’t dictate one solution that will work for all schools. We must practice what we preach and give these schools more local control to do what is needed in their districts,” West said.

“General Paxton’s tortured logic on trying to force school districts to ignore the guidance of public health authorities flies in the face of how the government works in Texas. Texas government is about local control, and allowing local leaders to decide what is best in their area is a hallmark of that,” West continued.

West also said that reopening schools should be free of partisan rhetoric.

“Yesterday, in an email Lt. Governor Patrick claimed that ‘Democrat county judges’ took away the option of deciding between virtual learning or in-class learning. That’s simply not true. Stay at home and similar orders were issued around this state by city officials of both parties,” West said. “Many elected officials acted responsibly and put public health over politics, as they should have,” West continued.

“I am ready to work with anyone–Democrat or Republican–on getting a solution to this problem, but we cannot afford to politicize this any longer,” West said.