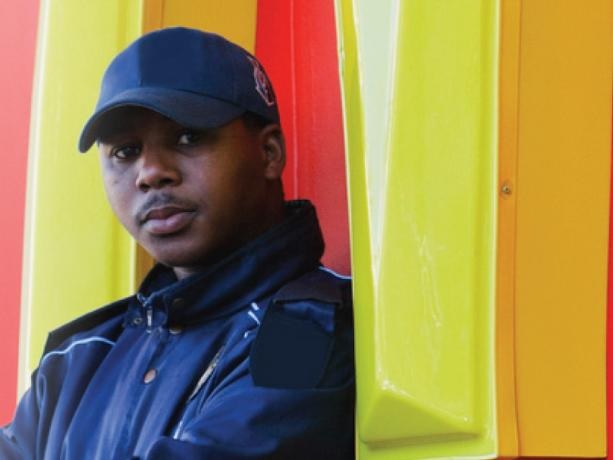 During a recent interview with CNBC news, McDonald’s CEO Chris Kempczinski bragged that his company has “probably” created more Black millionaires than any other corporation.

Setting aside the fact the NFL, NBA, and a few other businesses may have something to say about that, the statement nonetheless did raise the question of the fast-food behemoth’s relationship with the African American community. Especially given the shocking allegations of systemic racism at the highest levels of the corporation made this year in a lawsuit against the corporation by former African American executives.

Kempczinski himself is at the center of the lawsuit as a defendant along with former CEO Steve Easterbrook, and Charles Strong, the Chief Field Officer.

The plaintiffs, Detroit native Domineca Neal, and Vicki Guster-Hines; former vice presidents allege the men were part of a new leadership team that took over in 2015 and not only tolerated and engaged in sexist and racially discriminatory treatment of them and other employees but implemented a new business plan which had a discriminatory impact on Black McDonald’s franchisees and a formerly thriving Black customer base.

The lawsuit alleges under the leadership of Easterbrook at McDonald’s Corporation and Kempczinski at McDonald’s USA, the McDonald’s companies engaged on a racist course of conduct, and “publicly abandoned its commitment to racial equality on a company-wide basis.”

Beyond the alleged personal discriminatory treatment toward the women and other African Americans, the suit also alleges the corporate web page operated by McDonald’s Corporation shifted away from its commitment from promoting racial diversity to gender diversity, which ominously portended new corporate priorities that allegedly proved to be detrimental to Black franchise owners and their customers.

“Where the Company has total control over its message, McDonald’s under Easterbrook and Kempczinski proclaimed a commitment to gender diversity but conspicuously omitted any mention of a corresponding commitment to diversity based on race,” the suit claimed.

The lawsuit further states its then-CEO, Easterbrook, repeatedly emphasized that under his leadership ‘diversity’ at McDonald’s meant ‘women,’ omitting African Americans. And that his exclusion of African Americans from his “inner circles of trusted advisors” and defunding of the previously-vibrant McDonald’s African American Council (MA2C), that worked hard to develop African American leadership talent in the company and in the ranks of its franchise owners meant the “death penalty” for that critical tool for Black business development.

McDonald’s has steadfastly denied all allegations of the discriminatory treatment of Black employees or Black franchise owners. However, there have long been complaints from both within and outside the company that its Black franchisees operators carried a heavier burden to meet corporate demands than its white counterparts.

“The bottom line is they come in undercapitalized for traditional reasons and then are given restaurants in challenging areas with higher operating costs and are subject to three strikes you’re out by the corporation,” said Carmen Caruso, an attorney for the plaintiffs.

Larry C. Triplett, chairman, and CEO of the National Black McDonald’s Operators Association (NBMOA) acknowledged to the Chronicle that the operators have been facing challenges with Mc- Donald’s recently but said they were “attempting to work things out.” And declined to comment any further.

Neal told the Chronicle the businesses were hobbled by a policy that pretty much limited Black owners to stores in inner cities where operating costs were higher and sales were much lower. She said she tried to advance a policy of “bundling” suburban locations with inner-city locations when approached for franchise opportunities by qualified Black operators to help balance out the burden.

“I worked to ensure strategic franchise decisions were made to help close cash flow gaps and was able to achieve that,” she said.

So there are equitable solutions. But the new corporate leadership has not institutionalized them despite its proclaimed support for “diversity” even sponsoring a very high profile ad in support ofthe Black Lives Matter movement.

“Today we stand with black communities across America. Which is why we’re donating to the National Urban League and the NAACP. We do not tolerate inequity, injustice, or racism.”

McDonald’s released the ad last month across its social media accounts, while also pledging to donate $1 million to the National Urban League and the NAACP. The corporation generated total revenue of $21.08 billion in 2019.

One insider who did not want to be named said after all the years of Mc- Donald’s taking such immense pride in being known as the one major corporation that took a chance on investing in the Black community with progressive and innovative outreach, hiring, and business development policies follow- ing the urban rebellions of the 1960s, its token gesture toward BLM and marginalization of the NBMOA is a sad but apt metaphor for the attitude of its new leadership.

“When you say ‘Black Lives Matter’ what are the policies put in place to know this is true on the operator side and corporate side?” the person said.

In a December 2019 story in the publication Business Insider, it noted that Tripplett said in a letter to McDonald’s east and west zone presidents that March that “Through no fault of our own we lag behind the general market in all measures.”

However, he was more conciliatory in a later statement to the publication.

“The National Black McDonald’s Operators Association (NBMOA) is the largest African American organization of established entrepreneurs in the country,” Tripplett said in a statement. “Our goal is to ensure that McDonald’s Corporation (McDonald’s) is fully and authentically engaged in the African American experience — including Afri- can American communities, employees, vendors, and franchisees.”

It added: “These efforts are rooted in our core belief that diversity and a vibrant, inclusive, and respectful Mc- Donald’s makes us stronger. McDonald’s is proud to create opportunities for entrepreneurship, economic growth, and mobility in communities across the country.”

“Working in collaboration with Mc- Donald’s, we both are committed to delivering world-class hospitality, operational excellence, and increasing guest visits,” the statement read. “We are working together to make the McDonald’s brand shine by fully integrating African Americans at all levels. We both recognize that when we move together; we move further. And we are encouraged by our progress.”

The Chronicle reached out to the McDonalds Corporation for comment however had not heard back by the publication’s deadline. McDonald’s has publicly stated all of its franchises in all communities have the opportunity to prosper, grow and achieve their business ambitions.

One Michigan businessman who did not want to be named but was familiar with the situation said after a period of tension, things are slowly improving. “We have some momentum going in the right direction but we are sitting down and working through our issues.”