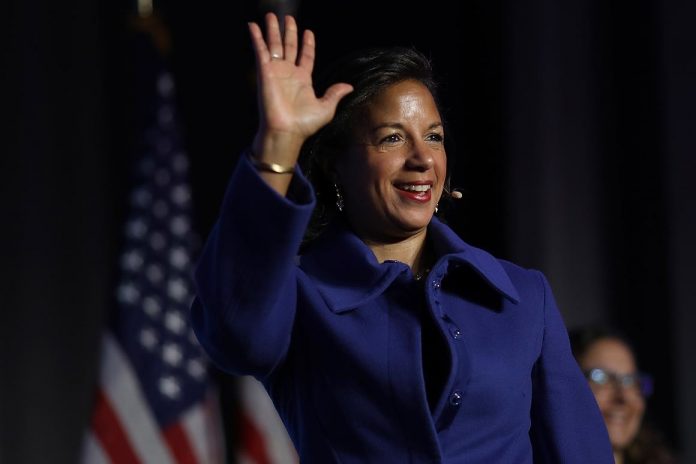 The African-American woman who served as former President Barack Obama’s national security adviser said she will decide after the November midterms whether to run for the Senate in Maine in 2020 and challenge Republican U.S. Sen. Susan Collins. Collins made headlines after announcing she would cast one of the deciding votes to confirm Brett Kavanaugh to the Supreme Court.

Rice said Collins put party and politics over her own stated principles” of supporting equal rights and reproductive rights. “I think in a way that I really regret saying, she has betrayed women across this country,” Rice said.

Kavanaugh’s confirmation was stalled by accusations of sexual misconduct when he was in high school and college, but Collins and others were persuaded by his denials and an FBI report they said produced no evidence corroborating the allegations. Rice, a Democrat, gave a hint about her interest in a Senate run in a one-word tweet, responding “me” to an open question about who wanted to run against Collins.

Rice served as United Nations ambassador from 2009-2013 and national security adviser from 2013-2017. She worked in the Clinton administration as part of the National Security Council in the 1990s.