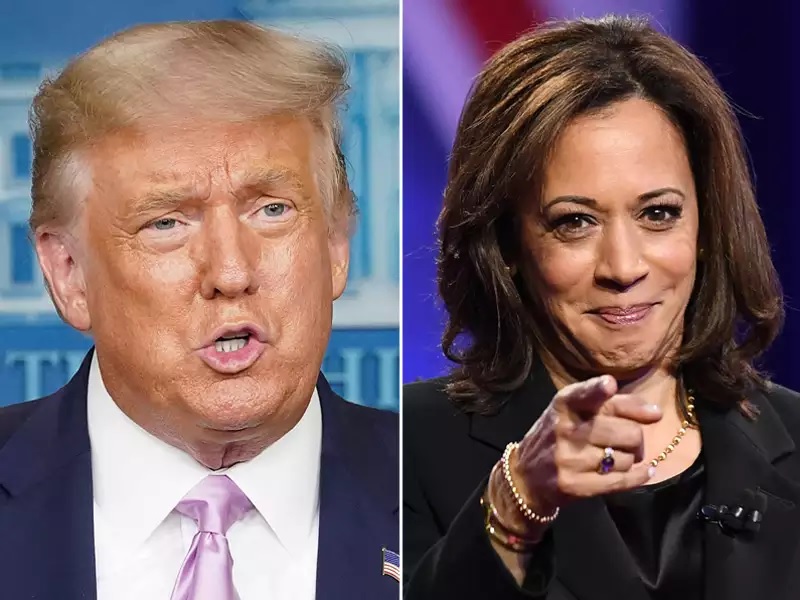 In his talk with Maria Bartiromo, Trump said that he is likely “immune” from coronavirus after being hospitalized for three days with the disease.

Trump refers to Kamala Harris as “this monster” pic.twitter.com/hcnUpV8PBf

In what is being described as a “rage-filled Fox interview,” the president ranted against Harris, saying, “This monster that was on stage with Mike Pence, who destroyed her last night, by the way, this monster she says, ‘No, no, there won’t be fracking, there won’t be this.’”

“Everything she said was a lie!” Trump said.

In this morning’s interview, the president also called Harris “terrible … totally unlikable” and a “madwoman.”

The claim was unsubstantiated by the president, who is still being treated for a coronavirus infection.

Trump made the comments during his first interview after being hospitalized for three days. He was speaking from the White House after being released Monday from Walter Reed National Military Center.

In his Fox News conversation, Trump declared that he is a “perfect physical specimen” following his battle with the virus that has killed over 210,000 Americans.

“I’m back because I am a perfect physical specimen, and I’m extremely young,” Trump said. “So I am lucky in that way.”

In that same exchange, Trump refused to adhere to new rules from the Commission on Presidential Debates, which said that due to the president’s COVID-19 infection, the next debate would be virtual.

“You sit behind a computer and do a debate; it’s ridiculous,” he added. “Then they cut you off whenever they want.”

Harris is only the second Black woman elected to the United States Senate, and she is the first woman of Black and South Asian descent to be nominated on a presidential ticket.