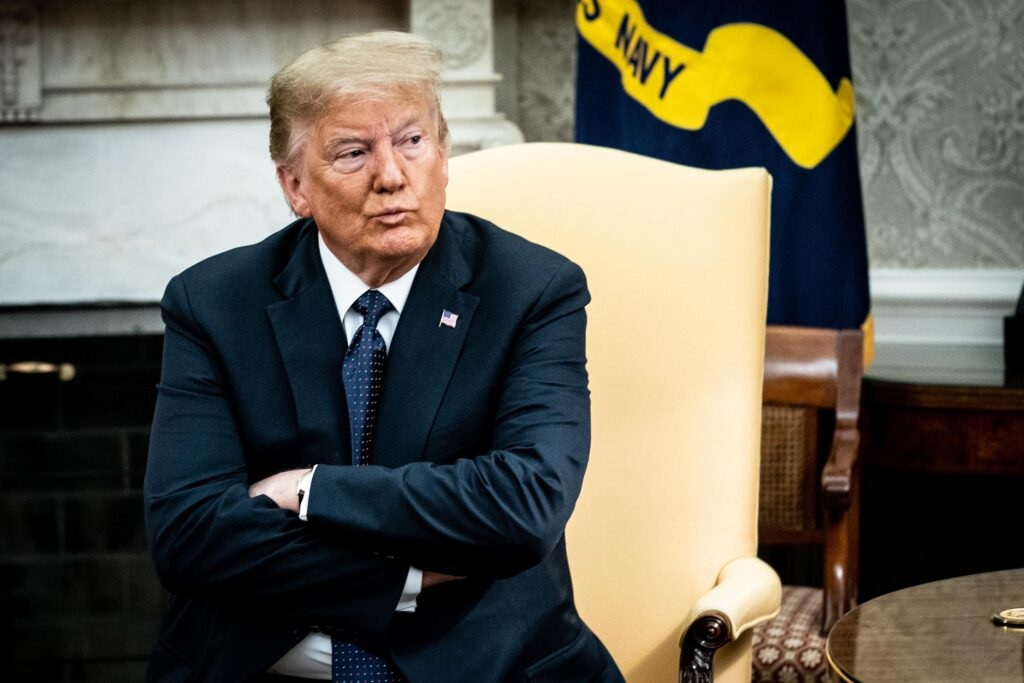 President Donald Trump said Wednesday that a Black Lives Matter mural that will go in front of Trump Tower is “a symbol of hate.”

According to Forbes, New York Mayor Bill de Blasio announced last Thursday the phrase “Black Lives Matter” would be painted in large yellow letters on Fifth Avenue between 56th and 57th Streets in Manhattan, which is right in front of Trump Tower.

Trump reacted to the news on Twitter Wednesday and on New York City cutting $1 billion from the city’s police department budget.

NYC is cutting Police $’s by ONE BILLION DOLLARS, and yet the @NYCMayor is going to paint a big, expensive, yellow Black Lives Matter sign on Fifth Avenue, denigrating this luxury Avenue. This will further antagonize New York’s Finest, who LOVE New York & vividly remember the….

“NYC is cutting Police $’s by ONE BILLION DOLLARS, and yet the @NYCMayor is going to paint a big, expensive, yellow Black Lives Matter sign on Fifth Avenue, denigrating this luxury Avenue,” Trump wrote on Twitter.

“Maybe our GREAT Police, who have been neutralized and scorned by a mayor who hates & disrespects them, won’t let this symbol of hate be affixed to New York’s greatest street. Spend this money fighting crime instead!” Trump tweeted.

Julia Arredondo, a spokeswoman for De Blasio, told the New York Times Thursday this is a moment Trump cannot hide from.

“The president is a disgrace to the values we cherish in New York City,” Arredondo told the Times. “He can’t run or deny the reality we are facing, and anytime he wants to set foot in the place he claims is his hometown, he should be reminded that Black lives matter.”

Despite a poll showing 95% of Americans are in favor of some kind of police reform and growing disapproval of Trump’s handling of the nationwide protests following the killing of George Floyd, the president has refused to change his stance on police brutality, the protests, or the taking down of Confederate statues.

“We have to remember the heritage and the culture of our country,” Trump said on Fox News Sunday. “I see what’s happening on television, and they are ripping down things. They have no idea what they are ripping down, but they started off with the Confederates and now go to Ulysses Grant. So what is that all about?”

De Blasio is facing his own heat in the city that never sleeps. Last month, a group of more than 200 former and current de Blasio staff members signed a letter slamming the mayor’s handling of the Black Lives Matter protests and for not following through on promises he made when he was running for mayor.