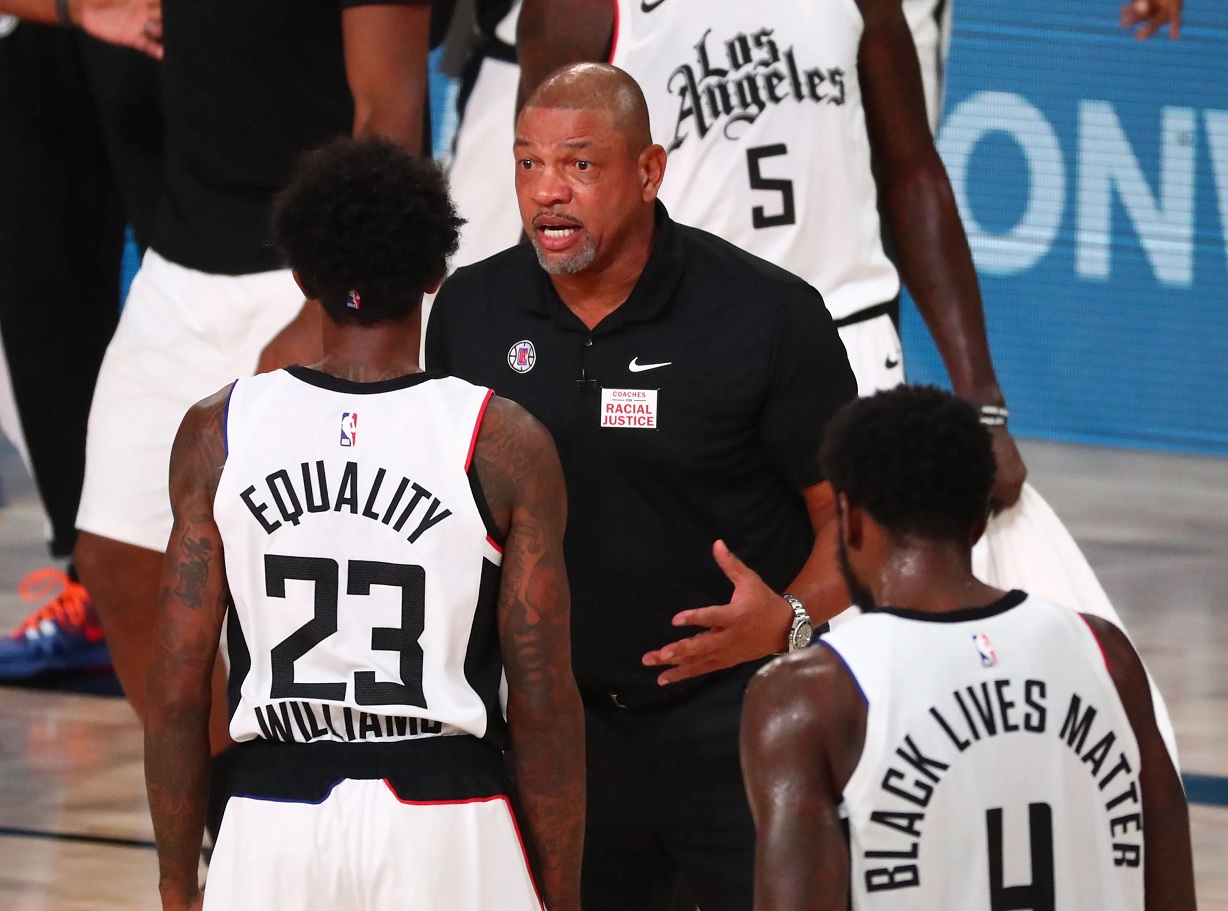 The head coach of the NBA’s Los Angeles Clippers, Doc Rivers, on Tuesday got emotional while discussing racial injustice in the U.S. following the police shooting of Jacob Blake in Kenosha, Wis.

After his team’s victory over the Dallas Mavericks, Rivers broached the subject of the Republican National Convention and became visibly upset.

As tears welled up in his eyes, Rivers said he is constantly reminded of the fact that he is a Black man in America.

“It’s amazing why we keep loving this country, and this country does not love us back,” Rivers said. “It’s really so sad. Like, I should just be a coach. I’m so often reminded of my color. It’s just really sad. We got to do better. But we got to demand better.”

Rivers also addressed the ongoing nationwide protests against racial injustice and police brutality that have taken place across the country since the Memorial Day death of George Floyd at the hands of Minneapolis police, saying that “nothing happens” in response to demonstrations.

“The training has to change in the police force,” Rivers continued. “The unions have to be taken down in the police force. My dad was a cop. I believe in good cops. We’re not trying to defund the police and take all their money away. We’re trying to get them to protect us, just like they protect everybody else.”

Doc Rivers got emotional while talking about Jacob Blake being shot by police and social injustice. pic.twitter.com/qQI2Ld2DGI

Trump has not yet commented publicly on the shooting or Blake’s condition. On Tuesday, however, he tweeted that Wisconsin Gov. Tony Evers (D) should call in the National Guard regarding the protests, something Evers already did on Monday.

Governor should call in the National Guard in Wisconsin. It is ready, willing, and more than able. End problem FAST!

Rivers wasn’t the only one frustrated inside the NBA bubble Tuesday.

“A lot of times where we say we don’t feel safe, it doesn’t matter how much money, it doesn’t matter who you are,” Mitchell said. “The common excuse is, ‘He shouldn’t have walked away; he shouldn’t have not listened to the cops.’ He doesn’t deserve to be shot in the back, shot seven times. That’s inexcusable. The point of us coming down here was to create change, and I feel that we’re doing a good job of that, but not good enough. It’s obviously not going to happen overnight, but it’s disgusting.”

“I really don’t know how else to describe it as an African American male,” Mitchell added. “When does it stop? When do we feel comfortable? When do we feel safe? … I just want this s— to stop, to be completely honest with you.”