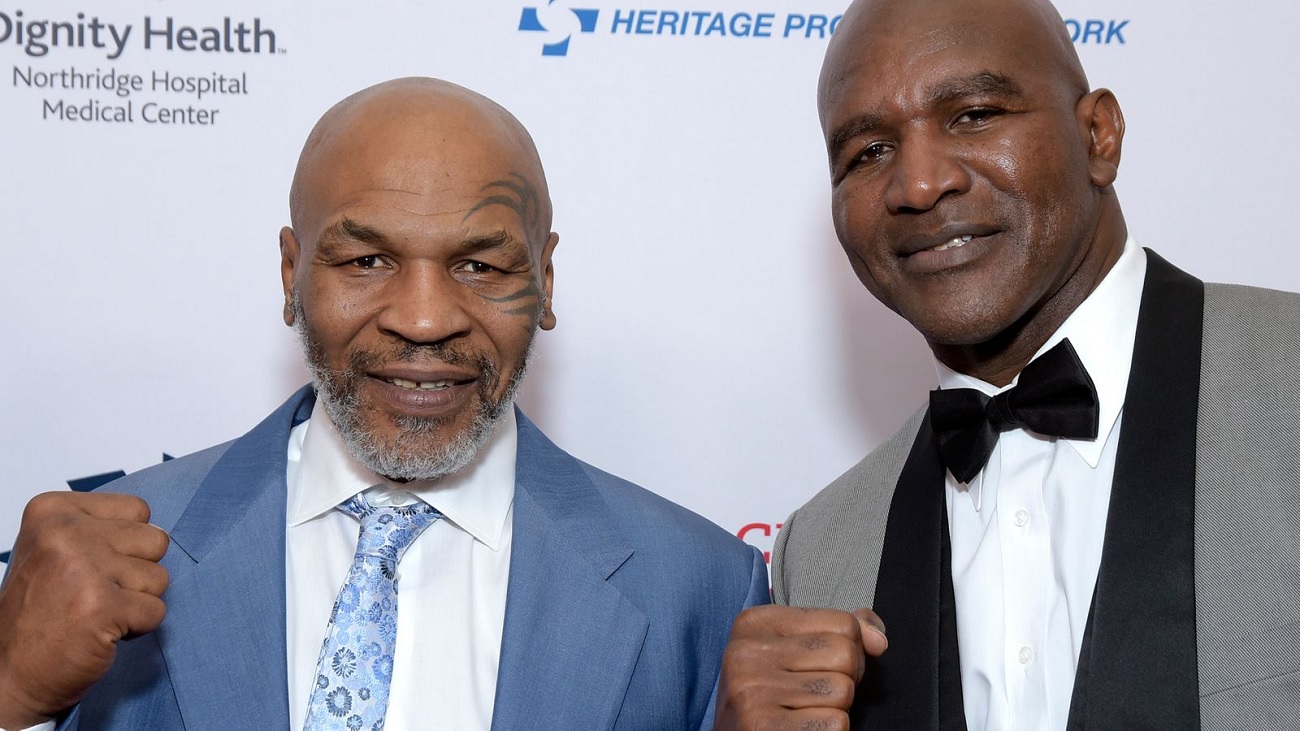 It seems like a fight between Mike Tyson and Evander Holyfield is a real possibility, based on an interview that Holyfield recently gave to TMZ.

The celebrity news site published its chat with Holyfield on Sunday, May 10, shortly after he and Tyson said they were making a return to the ring for exhibition matches to raise money for charity.

Both men released training videos when they made their announcements, and the talk of a third showdown between them began on social media right away.

Holyfield, who’s 57, was asked in his interview if he was open to fighting 53-year-old Tyson, and he said it’s already being discussed.

“It wouldn’t bother me to do so,” he said. “I’m always thinking that the person who take care of themselves, well they the ones that tend to last. You know, even though I’m four years older than him, [it] wouldn’t be no problem … My manager they’ve been talking and all that.”

“But the fact is, with me personally … for me to ask… the only person I would actually really ask is Riddick Bowe, ‘cause me and him buddies,” added Holyfield. “Some people didn’t get a chance to see Mike and I.”

Holyfield and Bowe faced off in three titanic bouts in the 1990s. Holyfield first lost a decision to Bowe in 1992, surrendering the unanimous heavyweight titles. The two reunited in the ring in 1993 in a fight this time Holyfield won by decision, an outdoor bout made bizarre by the interruption of a paraglider landing on the apron of the ring during the seventh round. Holyfield lost the third match of the two men’s trilogy by technical knockout in the eighth round in 1995. Bowe apparently has remained friendly with Holyfield since their memorable matches of more than two decades ago.

On Monday, May 11, Tyson, who seems not to be Holyfield’s first choice as a comeback opponent, released his second training video, and it shows him hitting training mitts with extreme power and hand quickness, as if he has not lost a step since retiring.

“I’m back,” he said in the clip, the exact same words that Holyfield uttered in his training video.

The two men fought twice, in 1996, then 1997, with Holyfield coming out on top both times. The second fight seems mostly associated with Tyson being disqualified for biting off a piece of one of Holyfield’s ears.

Since Tyson made his announcement about returning to boxing, he’s been offered incredibly large sums of money to fight in certain leagues.

The president of Bare Knuckle Fighting Championship offered him $20 million to fight in his league, and Australian boxing promoter Brian Amatruda said he offered Tyson $1 million to lace up the gloves Down Under.

“The first thing I did was contact [agent] Max Markson and ask him to offer Tyson $1 million,” Amatruda told the Daily Mail.

“Max brought him to Australia in 2012. He gets on well with him and his wife, but the main thing is that he got him a visa to get into the country back then, and that’s the key,” he added. “We’d have to wait until the coronavirus shutdowns are over, of course, so the fight probably wouldn’t be until early next year, as long as we can get the visa.”