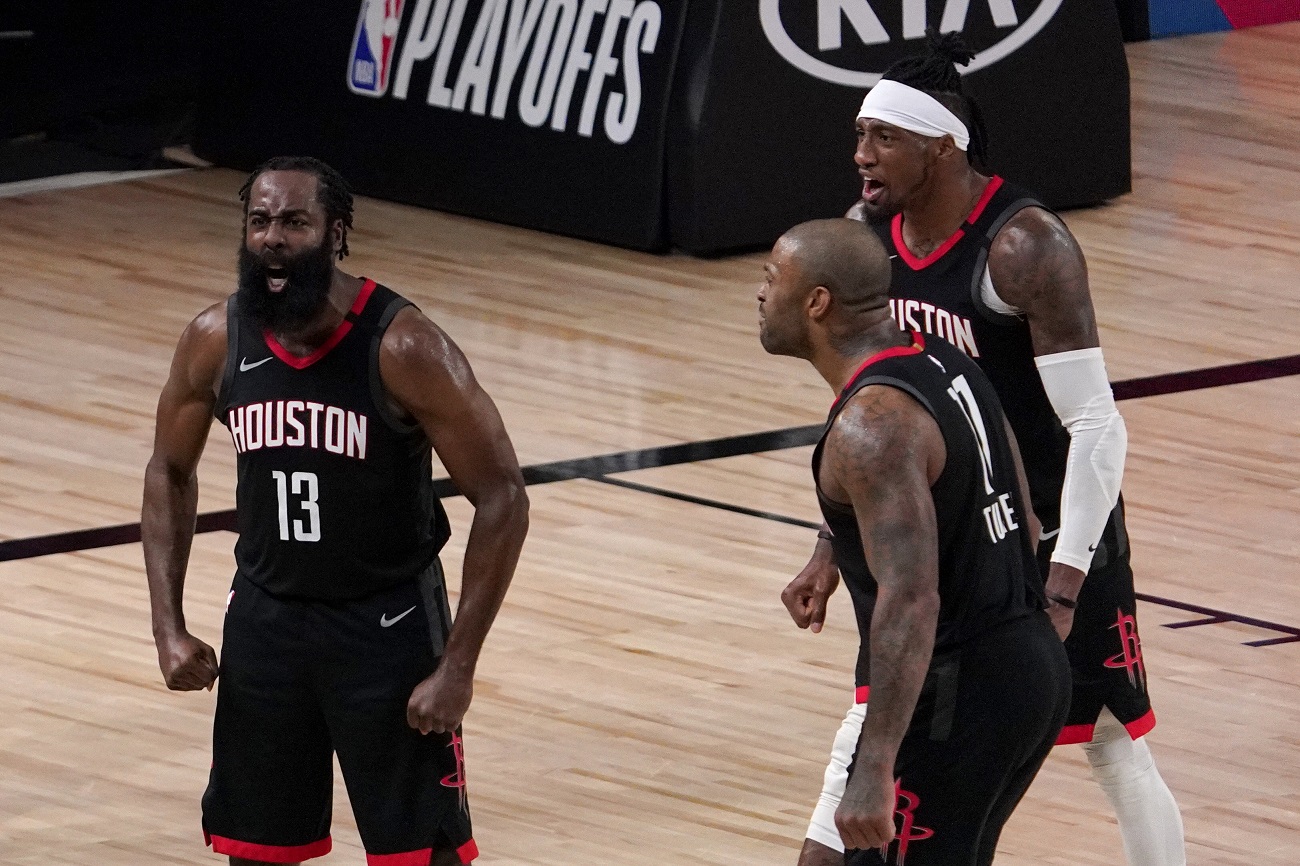 The Rockets had break downs in all phases in Game 7 of their first-round playoff series against Oklahoma City on Wednesday night in the Orlando bubble.

But the Rockets came up with just enough defensive plays down the stretch, including a big-time block by James Harden on Thunder guard Luguentz Dort that all but sealed the 104-102 win that allowed the them to advance out of the first round. The Rockets will take on No.1 seed the Los Angeles Lakers in the second round starting Friday.

“Right now, Game 7s especially, it’s not about how good you play. It’s how hard you play and how engaged you are,” said Rockets coach Mike D’Antoni, who has advanced out of the first round in each of his four seasons with the Rockets. “It’s more brains than heart, and not talent.

“I thought we fought. I thought everybody fought out there and came up with big plays. Just the will to win is what is important. It’s never going to be pretty.”

No one epitomized that more than Harden, who was not close to being himself on the offensive all night.  The Rockets leading scorer was just 4 of 15 from the field and 1 of 9 from 3-point range and had four turnovers on the night.

But Harden found other ways to impact the game, dishing nine assists and coming up with three blocked shots on the defensive end. None was bigger than the block on Dort, whose attempted 3-pointer might have clinched the upset for the Thunder.

Dort, who led the Thunder with 30 points, had been a thorn in Harden’s side on the defensive end all night. But Harden’s blocked shot was biggest play of the night, easily.

“I’ve been locked in all year long, trying to be better on that side of the ball,” Harden said. “Tonight was a huge emphasis on it and I came up with the big block to win the game.

“I’ve just tried to be engaged as much as possible. I had a rough shooting night and turned the ball over a little too much but I just tried to find other ways to impact the game.”

The Rockets shot under 40 percent from the field and under 35 percent from 3-point range in Wednesday night’s Game 7. Robert Covington and Eric Gordon both finished with team-highs of 21 points, while Westbrook added 20 points and nine rebounds and Harden finished with just 17 points in the elimination game.

“It’s a boost of confidence,” Harden said. “Everything is great when you are making shots and everything is rolling offensively. But I think we found some guts and grinded it out defensively these last few games. Even the last game we lost, we still played good defensively, we just couldn’t make shots.

“Our shot making ability is going to come and when it comes it’s going to be scary because our defense has been very very solid.”