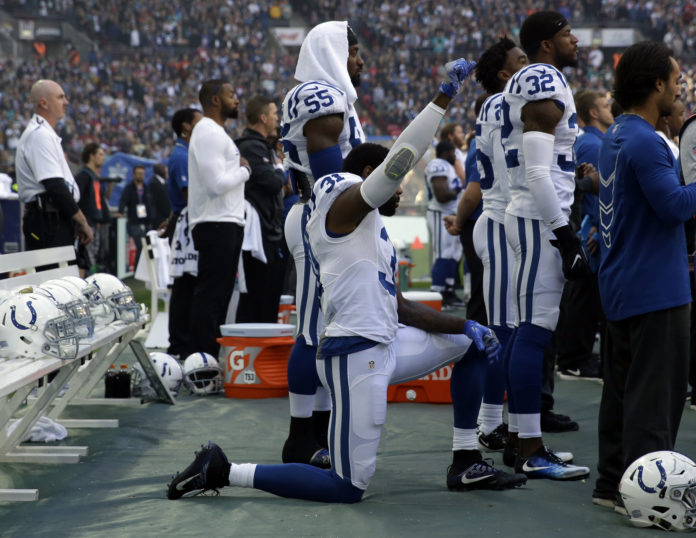 If you’re wondering who in the NFL today would make a personal protest against the national anthem, we now know. So far, the only player to make that move is Antonio Cromartie of the Indianapolis Colts

The cornerback took a knee and raised a fist on Sunday as the national anthem was sung before the game against the Jacksonville Jaguars at London’s Wembley Stadium.

Cromartie, who began his protest a week ago before the Colts’ game against the San Diego Chargers, stood before the singing of “God Save The Queen,” the British national anthem.

None of the Jaguars players offered a demonstration before Sunday’s game, in which the Jaguars won, 30-27.

Cromartie was the only player to protest the anthem before the game, as no Jaguars made any sort of gesture.

Such gestures have become commonplace in the NFL after San Francisco 49ers quarterback Colin Kaepernick began kneeling during the national anthem in the preseason. Kaepernick has been vocal in protesting police brutality.