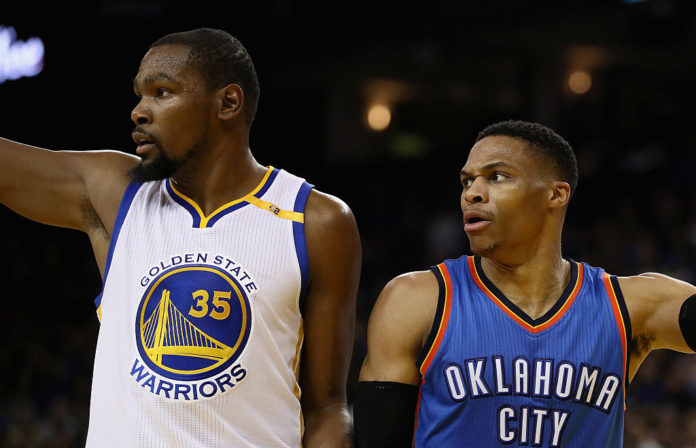 A phone call has taken place between feuding former NBA teammates Russell Westbrook and Kevin Durant that signals a thawing in their friendship that appeared to end when Durant left for Golden State.

Kendrick Perkins, a teammate of Westbrook from 2011 to 2015 on the Oklahoma City Thunder, said he brokered the step forward after Westbrook eclipsed Oscar Robertson’s triple-double record last month.

During a visit to TNT’s “Area 21” on Monday night, Perkins said he had been attempting to “figure out a way to try to make them talk again, because I felt like the outside world was putting a beef there that really wasn’t too serious.”

“I think the night that Russ actually broke the record, I had texted KD,” Perkins said, referring to April 10, after Westbrook and Durant had yet to officially speak since Durant joined the Golden State Warriors in July. “The next day, he was talking about something and he sent me a text and was like, ‘Me and Russ had a nice conversation.’ The media don’t even know nothing about it, but I just let it be known that they’re back on talking terms, the differences are aside.”

He added that Durant’s eventual return to the Thunder wasn’t out of the question.