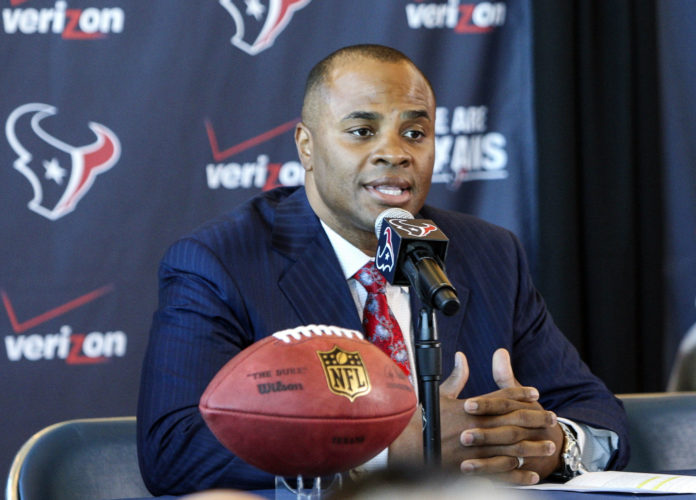 The Texans advanced to the second round of the NFL playoffs last season and captured their second consecutive AFC South title, but for most hardcore fans it was little consolation.

With Houston fielding the NFL’s top defense, coupled with league’s worst quarterback play, the Texans faithful demand more.  As we swing into the most crucial period of the offseason, the man tasked to make the necessary personnel decisions is GM Rick Smith.

As the NFL Scouting Combine concludes and the free agency signing period begins, Smith is charged with making decisions that will affect the Texans’ short term as well as their long-term future.

At a comparable time last year Smith swung for the fences. At the outset of the free agent signing period he appeared to hit a four-run homer, signing quarterback Brock Osweilder, running back Lamar Miller and offensive linemen Jeff Allen and Tony Bergstrom.

Osweilder, the gem of the group, turned out to be more cubic zirconia than diamond. Allen and Bergstrom’s contribution proved to be negligible. Only Miller lived up to expectations with 1073 yards on 268 attempts. What appeared to be a homer was simply a long single.

As the 2017 free agency period approaches, Smith gave a glimpse into the team’s personnel strategy. He said there are “a couple of different ways” to acquire talent in the NFL.

“You have the draft process and then the free agency process,” Smith said. “The free agency part involves trades and that kind of thing. From my perspective, we try to exhaust ourselves in the effort to improve our football team at every position.

“There are different types of evaluations and different risks that you have to manage in terms of how you acquire players. But that’s just a part of player acquisition and a part of roster building.”

For better or worse the Texans are stuck with Osweilder for one season at a reported $17 million. Smith assessed what Osweilder must do in the offseason.

“He’s got to go back and look at what he can do better,” he said. “We’ve got to look at that as a group. We’ve got to improve as a whole, our entire football team.”

In addition to acquiring new players either through free agency or the draft, Smith must re-sign existing players that have shown their value to the team. Number one on that list is receiver DeAndre Hopkins.

“Our goal is to keep all of our good, young players and DeAndre is a good, young player,” he said. “We are absolutely intent on resigning him. When that happens is up for debate, but he’s definitely in our plans. He’s an excellent young football player and I think he’s one of those guys who is an arrow-up player. We certainly want to continue to build around him.”

No player will create more of a buzz in free agency than Texan cornerback A.J. Bouye, a former undrafted free agent. Bouye has been one of Smith’s signature talent discoveries, but it will difficult to keep his prized pupil.

“I certainly couldn’t be any more proud of any of our players than I am of A.J. with the way he improved his play and his confidence,” Smith said. “I think he had an outstanding year. I think he’s a fine young man. He fits our profile and we certainly would like to have him back and we’re going to do everything we can to get that done.”

With some $24 million in salary cap space, Smith and the Texans have the flexibility to be active in the offseason sweepstakes.

“What we try to do from a salary cap management perspective is write contracts that are good deals for both sides, and that allow the team to maintain our flexibility to continue to improve because we’re constantly trying to improve our football team and that’s the bottom line.” 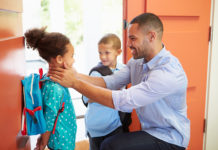 10 Back to School tips for parents 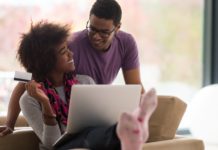 How to help your financially irresponsible partner