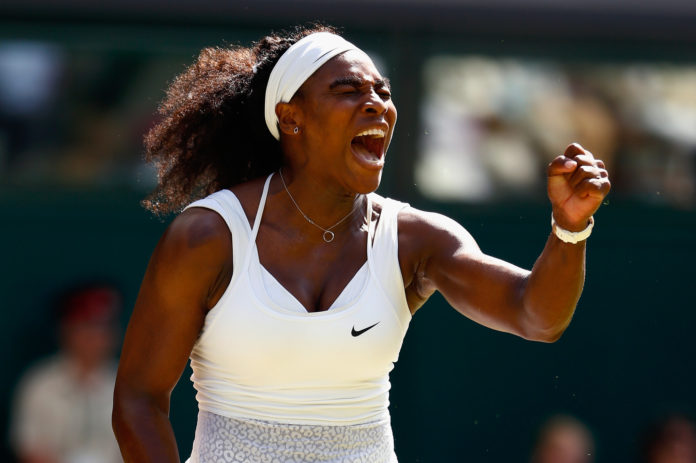 The star athlete took questions from media during a press conference on Sunday to discuss her upcoming match against the Netherlands’ Arantxa Rus at the Wimbledon tournament in London. One reporter asked her to comment on a recent Deadspin article that revealed Williams is tested for doping much more often than other male or female players.

“I never knew that I was tested so much more than everyone else,” the seven-time Wimbledon champion said. “Until I read that article I didn’t realize it was such a discrepancy with me as well as against the other players that they listed, at least the American players — both male and female.”

“It would be impossible for me to not feel some kind of way about that,” said Williams, 36. “I just found it quite interesting.”

The Deadspin article recounted a controversy in which Williams missed a recent drug test. Williams said Sunday that the tester showed up 12 hours earlier than the time they had agreed upon, and she wasn’t able to get to the meeting in time.

Williams said it was “a little frustrating” that she received a “missed test” designation because the tester showed up unannounced.

According to the U.S. Anti-Doping Agency guidelines, athletes are required to let the agency know of their whereabouts for a one-hour period of the athlete’s choosing every day, even when not competing. An athlete will receive a “missed test” rating for unavailability during the window.

Drug testers can make unannounced visits outside of that one-hour window, but if the athlete is not available they will not receive a “missed test” designation. Each athlete gets three “missed tests” before they receive a doping rule violation.

“How is it I’m getting tested five times? I’m OK with that. Literally verbatim I said: ‘I’m going with that, as long as everyone is being treated equally. That’s all I care about,’” she added.

“Tennis has given me so much. It’s such an amazing sport. I feel like equality, that’s all I’ve been preaching, it’s all about equality,” Williams continued. “If that’s testing everyone five times, let’s do it. Let’s be a part of it. It’s just about being equal and not centering one person out. Just due to the numbers, it looks like I’m being pushed out. Just test everyone equally.”

A spokeswoman for Williams told Deadspin earlier that the testing was “invasive and targeted.”

“Over her 23-year career in tennis, Serena Williams has never tested positive for any illegal substance despite being tested significantly more than other professional tennis players, both male and female – in fact, four times more frequently than her peers,” the statement reads.

The U.S. Anti-Doping Agency “may target test athletes as USADA deems appropriate,” spokesman Brad Horn told Deadspin. “We test only in accordance with international standards and would never conduct testing in an unfair way. We are always available to discuss this with athletes, if they have concerns.”