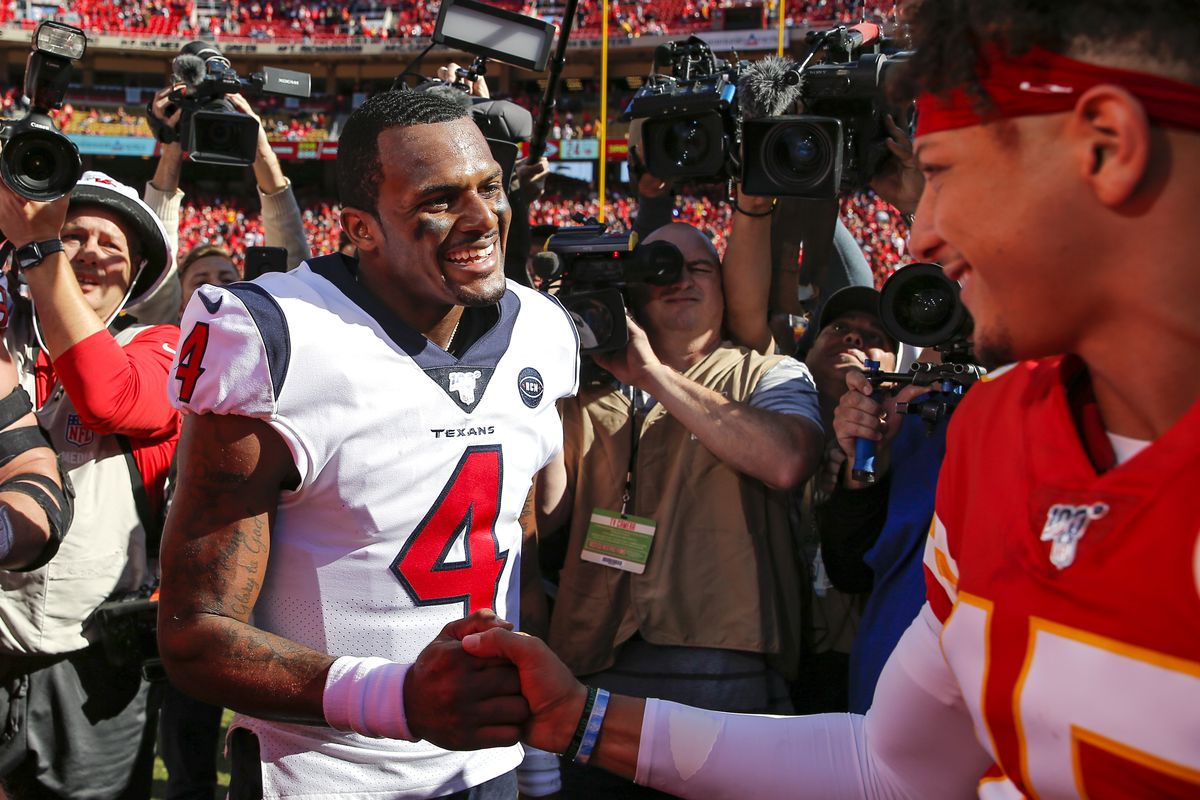 It won’t take long this NFL season to see where the Texans stand against the elite teams.

It doesn’t get any more elite than facing the defending Super Bowl Champion Kansas City Chiefs in the nationally televised season-kickoff Thursday Night Game on Sept. 10 in a matchup in which the Texans return to the scene of their deflating AFC Divisional playoff loss last season.

The NFL released all of the schedules for 32 teams on Thursday night and the opener will showcase two of the top young quarterbacks – Patrick Mahomes and Deshaun Watson – going head-to-head on the national stage.

“Everybody wants to start off the season on national television and we’re able to do that,” said Texans coach and general manager Bill O’Brien. We’re playing a great opponent, obviously, Super Bowl champions led by Andy Reid, great players, great coaching staff and it’s going to be a big challenge for us.

“Our guys are looking forward to that, prepping for that, working hard in the offseason to be ready for that. But there’s no doubt about it, it’s a privilege to be one of the teams that kicks off the NFL season against a fantastic opponent in the Kansas City Chiefs. We’re all excited for that opportunity.”

The Texans, who lost to the eventual Super Bowl champs 51-31 in the divisional round, will have a challenging schedule this season. After starting on the road, they come home to face Lamar Jackson and the Baltimore Ravens at NRG Stadium on Sept. 10 before returning to the road to take on Pittsburgh.

In total, the Texans opponents finished last season with a 132-123-1 combined record and a .518 winning percentage. Seven of their games will be against teams that made the playoffs last season, including Baltimore, Green Bay, New England, Kansas City, Minnesota and Tennessee (twice).

The Texans, who will look different without top receiving threat DeAndre Hopkins this season, will have a particularly tough December with three AFC South games – playing the Colts twice in a three-week span and then Tennessee to end the regular season.

“The NFL wants those rivalry games late in the year, and there’s a lot on the line in those games,” said O’Brien, whose 10-6 team won the AFC South last season and has dominated the division in reason years. “We have a ton of respect for the teams in our division and we’ll be ready for those opportunities.”

The Texans also are slated for two nationally televised games, which includes the opener in Kansas City and then at Detroit for the annual Thanksgiving Day Game.

“I think, again, that’s something our players are going to be really excited about, national TV game, Thanksgiving,” O’Brien said. “That’s what it’s all about, right? Football and turkey on Thanksgiving, and we’ll be a big part of that.”

But what isn’t lost on O’Brien and the NFL is the possibility that this schedule could be significantly modified given the COVID-19 pandemic that was the world under seize at the moment. The NBA has suspended its season and Major League Baseball has yet to start its season due to the virus outbreak.

The NFL is preparing as if its season won’t be preempted but there is still a great deal of uncertainty about what this season will look like. There is a chance that fans may not be able to attend games or that the full season may not be able to be played, depending on where the nation is in the battle with COVID-19.

So, flexibility is the name of the game at this point.

“I think all of us within our own homes right now, we’re seeing what’s going on around the world,” O’Brien said. “Look, at the end of the day, there will be football played. When that is played, we’ll have to see how that goes, but right now we’re on schedule to have a season, and I know that the McNairs and the Houston Texans organization is going to take every precaution necessary to make sure that people are safe, players are safe, coaches are safe, everybody involved in the organization, then obviously to the great fans of the Houston Texans, that they’re safe too.

“We’re looking forward to the day when the season begins, but it’s just really important to take it one day at a time and take the right steps necessary to ensure everybody’s safety and health.”

All games are broadcast live on Texans Radio on SportsRadio 610, 100.3 The Bull and in Spanish on Mega 101 FM.