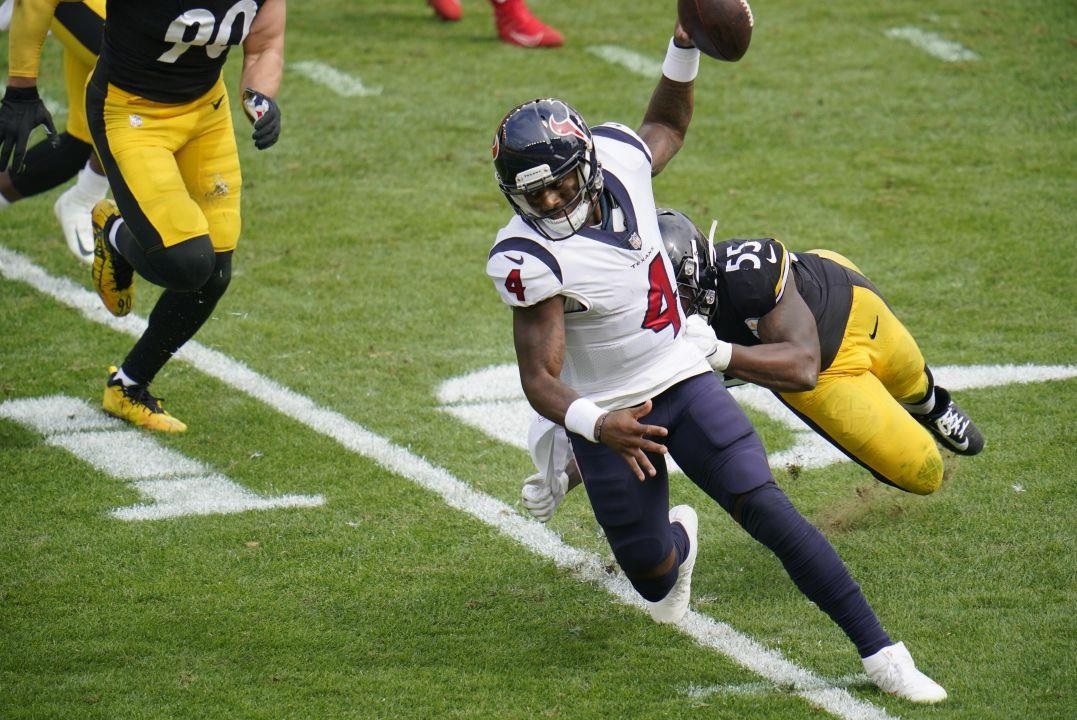 Whether via addition-by-subtraction or just continued growth, the Texans offense was supposed to take a dramatic leap this season.

Deshaun Watson is a rising star quarterback in his fourth season, and while he lost his go-to receiver DeAndre Hopkins he gained a cast of capable playmakers in receivers Brandin Cooks and Randall Cobb, along with veteran running back David Johnson. But through the first three game the offense has seemed a disjointed mess.

“We are where we are. We are 0-3 but there is a lot of positivity in this. You can’t dwell on negativity. There is a lot more football to go. We’ve got 13 more games, so who knows what can happen in 13 more games.”

Watson says that consistency must improve if the Texans have any hopes of turning things around. Watson believes he and offensive coordinator Tim Kelly, who is calling plays for the first time this season, have to be the catalyst to consistency.

“You’ve just got to do it all four quarters, honestly,” Watson said to The Defender. “It starts with me. It starts with Timmy. We have to come together and try to figure out what we can do consistently.”

It seemed to be working perfectly during the first half against the Pittsburgh Steelers, when Watson connected with five different receiver for 20 yards or more for the first time in franchise history to help the Texans take a 21-17 lead into halftime. But things changed dramatically in the second half with the offense looking disjointed and unable to put forth a single point in the 28-21 loss.

Watson has seemed to consistently be on the same page with his receiving corp that includes returners such as Will Fuller and Kenny Stills. And even with an offensive line that came back intact from last season, Watson is also still taking far too many hits with 13 sacks allowed in the first three games.

Watson, whose 0-3 team gets ready to host the 0-3 Minnesota Vikings on Sunday, recognizes the offense has to improve and in a hurry.

“We are going to keep doing that (becoming more consistent) and keep growing,” he said. “Really it just starts with me as the quarterback, making sure I’m talking to [Kelly] and communicating with the guys in the box to see what defensive strategies they are trying to do, especially in the second half.”

Part the inconsistency issue seems to be a team that is struggling to get on the same page. Like the rest of the NFL, COVID-19 prevented Watson from being able to mesh with his new weapons during minicamp. Moreover, there wasn’t a preseason.

“At the end of the day we didn’t start our season fast and that’s on us as players.”

But Cooks, who came over from the Los Angeles Rams, isn’t buying that as the reason for the Texans’ early struggles.

“I think that is a big excuse because when you look around the league there are a lot of offenses playing at a high level,” Cooks said. “At the end of the day we didn’t start our season fast and that’s on us as players. We’ve been playing football for a long time to understand we’ve got to come out and be consistent.”