A postgame brawl between the Texas Southern and Alabama State women’s basketball team on Monday has left a total of 10 student-athletes and two managers suspended, which will leave the Tigers without three starters and a total of five players when they take on Prairie View on Saturday.

The SWAC announced on Wednesday the suspensions and that both schools will be fined $5,000 as a result of the brawl that followed the Tigers 81-54 win over Alabama State on Monday night in Montgomery.

TSU leading scorers Ciani Cryor and Niya Mitchell will miss Saturday’s game due to the suspension along with Britnee Gabriel, Jekalen Jones and Tamaria White.

Cryor and Gabriel will sit just the one game while the Mitchell, Jones and White will miss the Tigers’ next two games.

The reason for the brawl, which also saw five Alabama State players and two of its managers suspended, remains unknown.

Texas Southern Women’s basketball team involved in a bit of a scuffle with Alabama State on Monday. 😬

“The Texas Southern University Department of Athletics respects the decision by the Southwestern Athletic Conference regarding Monday’s unfortunate incident,” TSU Vice President of Intercollegiate Athletics Kevin Granger said in a released statement Wednesday. “In addition to the SWAC’s policies, what took place on Monday is a direct violation of our department’s policies in regards to sportsmanship and ethical behavior which we expect our student-athletes to adhere to at all times.”

“While the timing of the suspensions are unfortunate, our student-athletes will take ownership of their decisions and the department will assist them going forward to ensure they understand the magnitude of this situation and how it reflects on Texas Southern University in general.”

This incident comes at a particularly tough time for the Tigers (13-7 overall, 8-1 SWAC), who have won five straight and nine of their last 10 games to be in contention for the regular-season SWAC title. They won’t be at full strength when they face Prairie View on Saturday or SWAC-leading Jackson State, which is 11-8 overall and 9-0 in league play, on Feb. 15.

Cryor, who will sit just a game, leads the league in scoring (17.7 points) and assists (6.8). Mitchell, who will miss both the PV and Jackson State games, is second on the team in scoring with 15.5 points and leads the SWAC with 11.9 rebounds per game.

“I was shocked, and I am saddened by the altercation that occurred after the Alabama State women’s basketball game,” TSU coach Cynthia Cooper-Dyke said in released statement Wednesday. “This is not how we want to represent our program, university, conference or women’s basketball.

“We accept responsibility for our actions and whatever penalties are levied by the conference office. Additionally, we will have a series of ‘conflict resolution’ counseling sessions for our student-athletes to better equip them to handle hostile environments.” 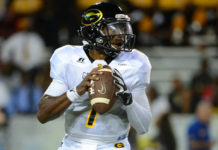 SWAC football: familiar faces at the top in 2017 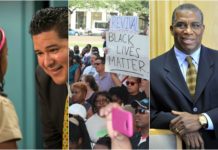