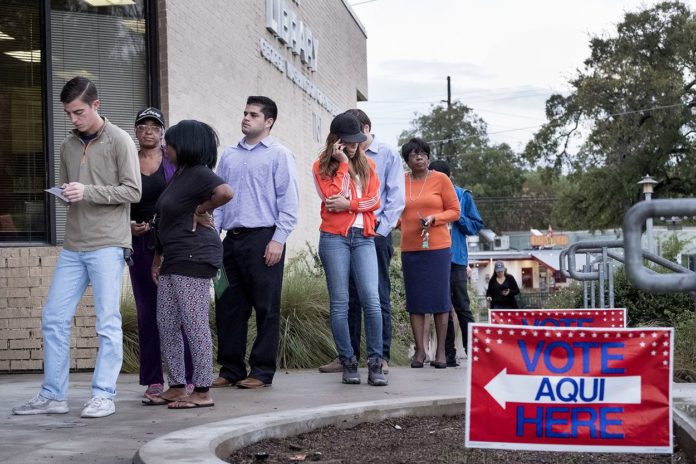 The order, which came out Tuesday, adds Texas to a growing list of states not complying with the president’s investigation into the 2016 elections, which Trump says suffered from large-scale voter fraud.

Judge Tim Sulak of the Austin-based 353rd Texas Civil District Court issued the order in response to a lawsuit filed July 20 by the League of Women Voters of Texas, its former president Ruthann Geer and the Texas NAACP against Pablos and Keith Ingram, the Texas Elections Division director in the the secretary of state’s office. The lawsuit seeks to stop the state from handing over voter data from the state’s computerized voter registration files to the Presidential Advisory Commission on Election Integrity. The suit argues that doing so would reveal voters’ personal information, “which may be used to solicit, harass, or otherwise infringe upon the privacy of Texas voters.”

A spokesman from the Secretary of State’s Office said the office does not comment on pending litigation.

The League’s current president, Elaine Wiant, said the organization is especially concerned that releasing the data could make millions of voters’ personal information public, making it vulnerable to commercial use. Texas law forbids public voter information from being used commercially, but with the presidential commission, Wiant said “there is no guarantee how it will get used.” Wiant also said the League is concerned that releasing the data would make voters’ birthdates public.

“In today’s world, that is just way too much information to be made available to the public,” Wiant said. “There are serious security concerns.”

The order, which expires Oct. 17 or with further order from the court, says that handing over voter information could cause “irreparable” injury. Without “appropriate safeguards,” the order argues, the data is likely to become public, potentially violating voters’ privacy rights, their interests in “avoiding commercial solicitation, chilling of their First Amendment rights, and the diminution of their efforts to encourage voting.”

Trump launched the commission by executive order in May following his unsubstantiated claim that “millions” of votes were cast illegally. The White House previously told The Texas Tribune that Trump “wants to ensure that the integrity of all elections, which are the cornerstone of our democracy, is preserved.”

The commission sent requests on June 28 to all states’ secretaries of state for a wide array of voter information. Several states, led by both parties, immediately refused to hand over data, with Mississippi’s Republican Secretary of State Delbert Hosemann famously saying the presidential commission could “jump in the Gulf of Mexico.”

Pablos, however, said at the time: “The Secretary of State’s office will provide the Election Integrity Commission with public information and will protect the private information of Texas citizens while working to maintain the security and integrity of our state’s elections system. As always, my office will continue to exercise the utmost care whenever sensitive voter information is required to be released by state or federal law.”

The Secretary of State’s Office has not yet released any voter roll data to the commission. Requests for voter information in Texas is common — Texas Monthly reported in July that the office had received more than 800 voter information requests since 2015, about three-fifths of which were fulfilled.

Still, the scope of the commission’s request was far wider than requests the office normally receives — it asked for the last four digits of voters’ social security numbers, which is not public information by Texas law.

The hearing for the suit is set for Oct. 16. Wiant said she was “cautiously optimistic” about the case. 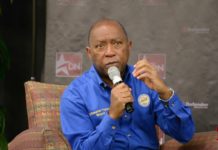 Trump clashes with Black reporter during coronavirus briefing: ‘Be nice’