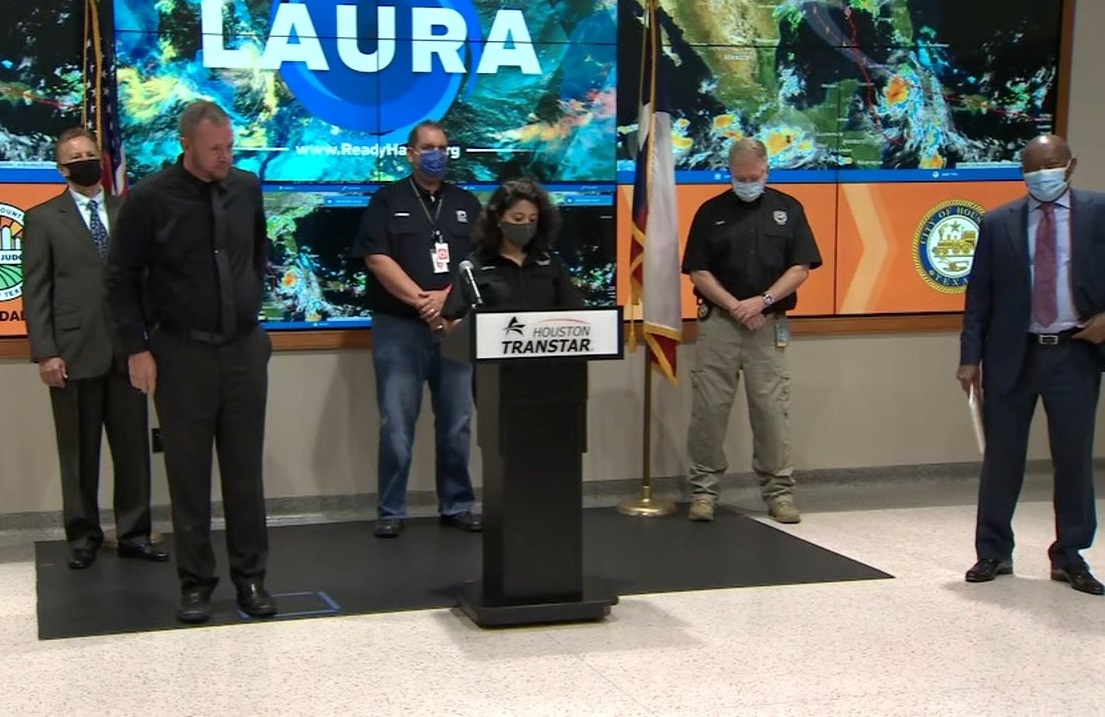 With Tropical Storm Marco no longer a serious threat, Southeast Texas is now preparing for the possibility of extreme weather from Laura beginning Wednesday evening.

Laura became a hurricane Tuesday shortly after entering the warm and deep waters of the Gulf of Mexico, gathering strength on a path to hit the U.S. coastline as a major storm that could unleash a surge of seawater higher than a basketball hoop and swamp entire towns.

The National Hurricane Center projected that Laura will become a Category 3 hurricane before landfall, with winds of around 115 mph (185 kph), capable of devastating damage.

Officials in Houston asked residents to prepare supplies in case they lose power for a few days or need to evacuate homes along the coast.

Houston’s mayor says the wind rather than flooding could be the biggest threat with Laura. Nevertheless, agencies across the region are preparing to be ready for anything.

Boats and high water rescue vehicles are ready and waiting at the Harris County Precinct 4 Constable’s Office. Houston’s police and fire departments are also standing by for the possibility of the worst of weather.

“We have 10 high water vehicles that are functional, in place, ready to deploy,” said Houston Fire Chief Sam Pena. “We have 20 boats.”

Laura could make landfall on the third anniversary of Hurricane Harvey.

“There are more rescue teams, much more equipment than existed last time around, so we learned a lot from Hurricane Harvey, but again, you cannot compare Harvey to what we are dealing with in this particular case,” said Turner.

Harris County Judge Lina Hidalgo is advising residents to prepare now for the possibility of evacuation while keeping the COVID-19 pandemic in mind.

“On the COVID side, making sure you have a mask, you have sanitizers, you have the hygiene supplies that you would need were there to be power outages,” said Hidalgo. “On the general storm preparation side that there is that plan for- if I’m on the coast and asked to evacuate, where would I go? How could I do that safely and think about COVID as well?”

Hidalgo says there may be heavy traffic Wednesday as coastal residents evacuate their areas. Medically fragile people who need help evacuating can call 211 for assistance.