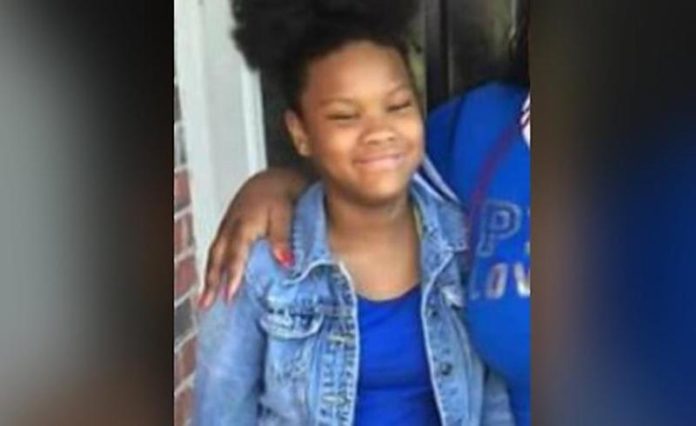 The death of a 13-year-old Texas girl who was kidnapped and killed because of a drug theft involving one of her relatives, has a community reeling.

An Amber Alert was issued for Shavon Le’Feye Randle of Lancaster, Texas, on Wednesday. On Sunday, Shavon was found dead in an abandoned home along with 19-year-old Michael Titus, who had been named as a person of interest in the teen’s disappearance.

An arrest warrant affidavit stated that Shavon’s kidnapping stemmed from the boyfriend of one of her relatives stealing drugs from two men, according to the Dallas Morning News.

The outlet reports that two days before the girl was kidnapped, the boyfriend of Ledoris Randle, Kendall Perkins, stole a large quantity of drugs from Darius Fields and Devontae Owens at a motel. Ledoris is a relative of Shavon’s.

On Wednesday, Ledoris received a call from an unknown man who said the little girl was being held against her will and threatened to kill her if the drugs were not returned or if law enforcement was called.

The Morning News reports that an informant told an FBI agent that a man later identified as Owens told her he planned to kidnap a child to get back the drugs that were stolen from him.

Also, cellphone analysis placed Owens near Shavon’s home and had the two cellphones heading in the same direction until Shavon’s phone was shut off.

Owens, Fields, Titus and a woman named Laporshya Polley were named persons as of interest in the case almost immediately.

Fields, 26, and Polley, 25, were arrested Thursday at a Best Western hotel in Irving, Texas, on drug and gun possession charges. On Saturday, Lancaster police and FBI agents arrested Owens, 24, and Laquon Wilkerson, 30 for kidnapping and aggravated kidnapping, respectively.

Perkins, 22, was also arrested Saturday and charged with aggravated robbery.

No one has yet been charged in Shavon’s death.