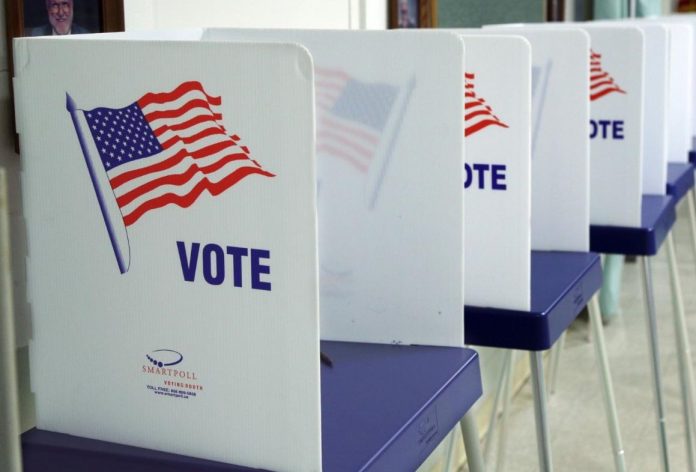 Typically, voter turnout in the United States drops by 20 percent for midterm elections compared to presidential year elections. Voting advocates hope to see a reversal of that trend during this year’s midterms on Tuesday, Nov. 6.

One thing is certain – the sense of urgency to get people to the polls is undeniable.

“Many communities have been left so far behind, for so long, that they don’t have the luxury of only voting during presidential elections,” said Christina Sanders, Texas state director of Spread the Vote, a non-partisan, non-profit organization that helps eligible voters obtain a photo ID to cast their ballots.

“Any time a candidate is asking for your power, the power to speak on your behalf and represent you, it is important. Midterms matter. All elections matter.”

With this urgency in mind, the University of Houston’s Graduate College of Social Work recently held a National Voter Registration Day event seeking to drive more college students to the polls either on Nov. 6 or during early voting now through Oct. 29.

Alan Dettlaff, the college’s dean, said political participation is a must.

“Our mission in the college is to prepare students to achieve social, racial, economic and political justice,” he said. “I tell all our students that we live in a society where there is inequality and injustice all around us. And one of the ways to be a part of creating a more just society is by voting for politicians who believe in justice, believe in equality.”

“It’s important to me because at this current time I actually know what’s going on,” said Onyekwere. “The other times I voted I kind of just went off what my dad was telling me to vote for. But I actually know the information happening and I just really want what’s best for my future now, so I know what to look forward to.”

Others define the 2018 midterms from a broader social perspective especially since they are taking place in the middle of President Donald Trump’s first term in office.

“All 435 seats in the U.S. House of Representatives and 35 of the 100 seats in the U.S. Senate will be contested, while 39 states [including Texas] and territorial governorships, as well as numerous other state and local elections, will also be contested,” said Dr. Carla Brailey, Ph.D.,vice chair of the Texas Democratic Party.

“This political era has demonstrated so many reasons why leadership matters, and how much further we have to progress toward diversity in a way that welcomes all people,” Brailey said.

“Depending on how well Democrats do, the party could kill the Republican legislative agenda in Congress, gain new powers to investigate the Trump administration, get the ability to block Trump’s nominees from being confirmed, pass progressive state laws across the country, and be able to curb efforts to further gerrymander our state when the census comes around,” she said.

Tracy Scott, director of the Black Women’s PAC, views voting this midterm as part of a modern-day Civil Rights Movement, and as an opportunity for Black women to flex their electoral muscle.

“We have more women of color seeking public office than ever before – 118 Black women in Texas,” Scott said. “This is our time in this movement.”

Scott believes that along with issues such as student debt and limited access to a middle-class lifestyle, the nation’s liberties and civility are at stake with this election, an assessment supported by Sanders.

“Lately we have seen a lot of freedoms, principles and progress that we have made as a nation challenged,” Sanders said. “It’s uncertain how far this trend of archaic notions on race, justice and equity will go. We are seeing more questions about the value of Black lives.

“Children are being torn away from their families like they are animals, as a form of punishment. Millennials are graduating with too much debt to start a family and are projected for the first time in American history to make less than their parents, even with more schooling than any generation in our history,” Sanders said.

“The weight of our challenges threatens our ability to live, thrive and sustain ourselves as a society. If we do not have leaders focused on realistic solutions and solving our sustainability problems, we might not have an American society at all. In some cases, it is that serious. I’m sure citizens in Flint, Michigan and Puerto Rico would agree,” Sanders said.

Davis believes there’s much work needed to achieve the Democratic Party’s “blue wave” many progressives are hoping for. Brailey, however, has a more optimistic take.

“According to a new study by the Pew Research Center, voter enthusiasm is at its highest level during any midterm in more than two decades. The blue wave is rising,” said Brailey who views Texas’s growing diversity as a sign that the conservative stronghold can be broken this November.

Brailey’s optimism is cautioned by the fact that historically, Texas has one of the nation’s lowest voter turnouts.

“We have a lot of work to do in making sure that every voter understands what’s at stake,” Brailey said. “We can’t afford to sit around and wait for 2020. We need to make big gains in the states this year. The stakes are high, and the consequences will be felt for years.”