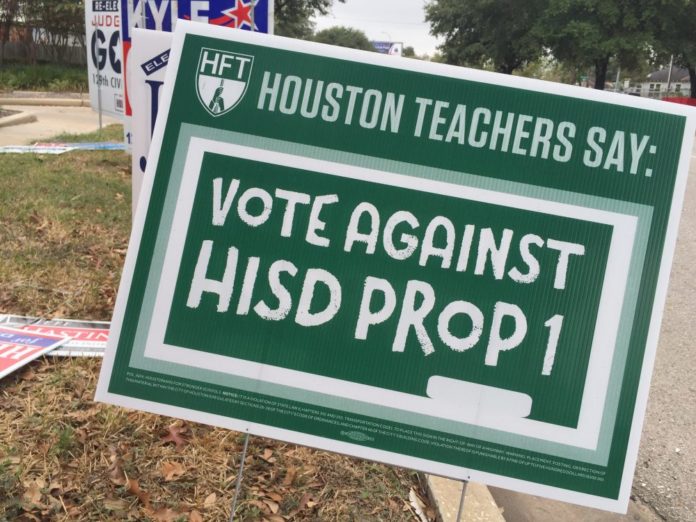 On Saturday May 6, HISD voters will be faced with a special call election to deal with the same Proposition 1 they voted down last November. At issue is the process by which HISD, considered a property-rich district, will fulfill its recapture obligation as mandated by state law.

The fact that a rare May election will determine the outcome of this highly divisive issue has HISD Trustee Jolanda Jones upset.

“No school district has ever fought recapture like we did in November,” said Jones, who wants voters, particularly Black and Latino Houstonians, to vote against the measure again.

What is recapture? It began with the Robin Hood law passed in 1993, in which property-rich districts must send money to Austin each year to be redistributed to property-poor districts in an attempt to create more equity in educational opportunities.

The question put before voters is how should this obligation be paid. A “For” vote in November would have authorized the HISD board to purchase tax credits from the state with local tax revenues. In other words, voters would have said “yes” to recapture and HISD would annually write a check to the state with funds from local property taxes.

But voters overwhelmingly voted “Against” recapture, which was essentially an endorsement of detachment. Under detachment, the state removes the most valuable non-residential, commercial properties from the district’s tax roll. These valuable properties are then assigned to a poorer school district for taxing purposes, thereby allowing that district access to more money.

The school district designated to receive HISD’s funds or properties is Aldine ISD.

Jones led the charge to fight against recapture last year, stating she felt it important that HISD make the state legislature act to address the Robin Hood law that trustees both for and against Recapture believe is the real issue. Even the Texas Supreme Court labeled it a grossly imperfect system.

Still, trustees view both recapture and detachment as troublesome options, and vary strongly on which they believe is the lesser of two evils.

“They are actively seeking to destroy public schools so they can pass vouchers,” which currently has no chance in Texas,” said Jones.

Jones said the first-year recapture payment of $77.5 million is misleading, because over a four-year period, HISD would pay $1.114 billion, a figure much higher than payments made over the same period via detachment.

“During a February 2017 hearing on the issue 100 percent of the people who spoke, spoke against recapture, saying the same thing: recapture leads to gentrification and raised taxes. One school district said 67 percent of their new tax revenues goes to pay recapture annually,” stated Jones.

With detachment, several properties, including the Galleria, Greenway Plaza, JPMorgan Chase Tower and others would be removed from HISD tax rolls and given to Aldine ISD.

Both sides believe serious funding challenges lie ahead for HISD, regardless of the election’s outcome.

“With recapture Black and Latino communities will experience fired teachers, closed schools, cut programs, raised taxes, and more money paid to the state,” said Jones. “And recapture is permanent. Once in, you can’t get out.”

“The Greater Houston Partnership, who has never done anything for poor people, is launching a campaign supporting recapture. With a May election in which we’ll be lucky if 1,000 people actually vote, conservative forces will be out to support recapture. We have to spread the word and turn out for this election ready to once again vote against it.”