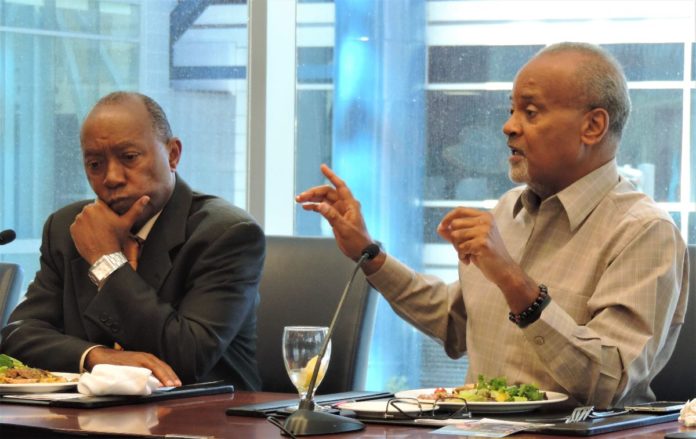 Mayor Sylvester Turner hosted a luncheon for members of the local Black press, primarily to have a dialogue on the importance of the upcoming election, and hoping to garner support for his position that voters should vote for Propositions A through E by voting “Yes” for all of them.

According to the mayor, in the simplest terms, Proposition A tackles pension reform, while Proposition B (Safety), Proposition C (Parks), Proposition D (Facilities) and Proposition E (Libraries) seek the funds necessary to make repairs and improvements required for a thriving, healthy city.

Though recognizing that the focus of many Houstonians is still on recovery from Hurricane Harvey, Turner seeks to get the message to voters about the very critical nature of these bonds, particularly Proposition A (Pensions) which deals with changes in how the City pays back its unfunded liability debt of $8.2 billion.

From Turner’s perspective, a “No” vote places the entire city in financial risk.