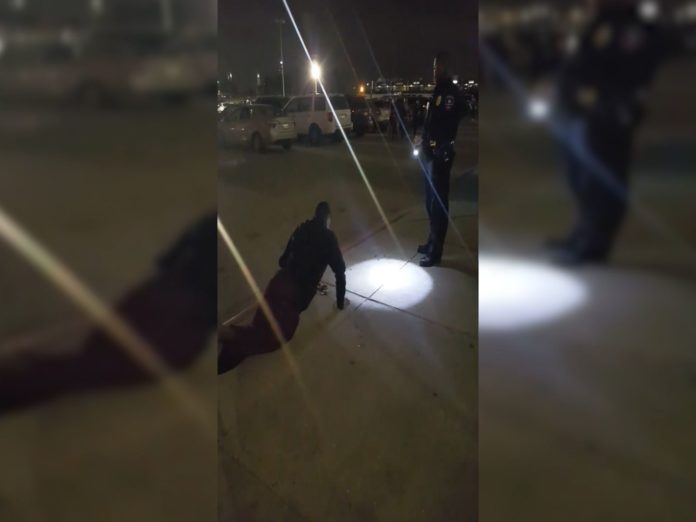 A Texas police officer decided to give a teenager a second chance after catching the boy smoking pot in a movie theater parking lot.

To avoid a trip to the police station and a marijuana citation on his record, however, the teen had to do 200 pushups.

Arlington Police Department spokeswoman Sgt. VaNessa Harrison told The Huffington Post that the officer, Eric Ball, was working an off-duty job Monday evening when he encountered the teen, who had a tiny amount of pot. When confronted, the boy showed respect for the officer and remorse for his actions, according to Harrison.

A portion of the encounter was filmed and posted to Facebook earlier this week by Arlington resident Raiza Paredez. Harrison said Paredez asked to record the officer’s actions so that she could show it to her children, who she said do not trust the police.

In the video below, which as of Thursday had been viewed more than 150,000 times, the boy is seen struggling to complete his pushup punishment.

“This is what they used to do back in the day when we played football in high school,” the officer says in the video. “Coaches make you do pushups, you think twice about doing certain stuff … especially when you can get off with a second chance.”

Harrison said the jail-or-pushups approach was “very outside of the box,” but Officer Ball felt it would be more effective in this case.

“We’re very happy that this officer elected to use his discretion to have a more impactful result,” she told HuffPost.

Along with her video, Paredez wrote, “We need more cops like this.” 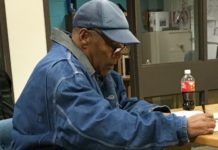