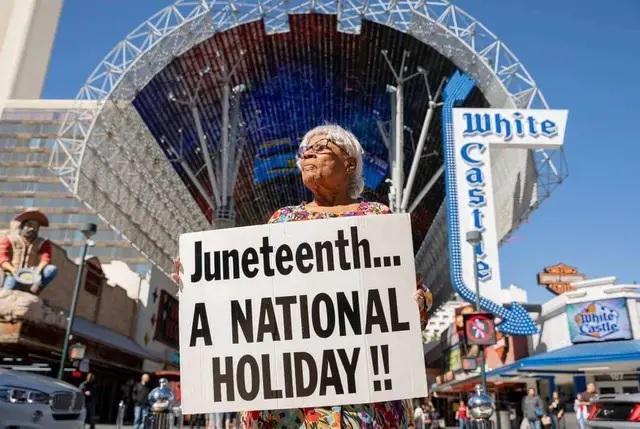 Setting the pace for Fort Worth’s Juneteenth caravan on Friday is 93-year-old Opal Lee. The activist and educator will lead her community on foot for two and a half miles — a distance that represents the number of additional years it took before enslaved people in Texas were informed of their freedom after the signing of the Emancipation Proclamation.

Lee has pushed for Juneteenth — celebrated every year on June 19 — to be recognized as a national holiday for more than 20 years. She’s too persistent to give up now, and this year in particular, she has the wind at her back as people across the country echo her calls.

“I have persistence in my DNA. There’s absolutely nothing that I start that I don’t want to finish. I gotta finish this,” said Lee, who added that she wishes she was young enough to be out there protesting in the streets against the police brutality that has taken the lives of so many black Americans. “I just gotta see it be a national holiday.” 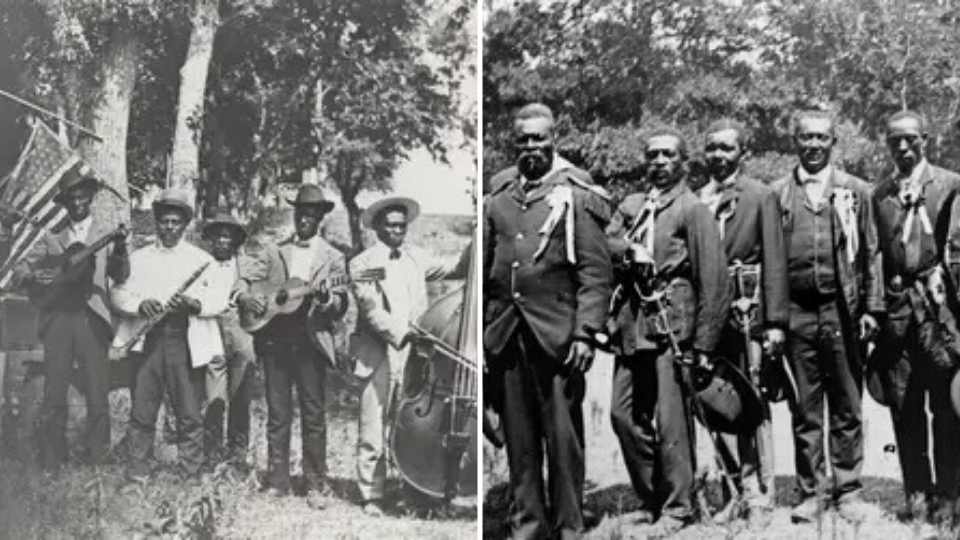 Juneteenth, also known as “Black Independence Day” and “Texas Emancipation Day,” has taken on additional meaning this year as Texans head into almost a month of protests against police violence and racial injustice following the deaths of George Floyd, Breonna Taylor, Atatiana Jefferson and Mike Ramos at the hands of police.

The fight to make Juneteenth a national holiday has gained additional momentum this year from the corporate world. Some businesses have decided to give employees the day off, while prominent employers from Twitter to the National Football League have declared Juneteenth a permanent company holiday.

On Thursday U.S. Sen. John Cornyn, Texas’ senior Republican senator, announced that he will introduce bipartisan legislation to make Juneteenth a federal holiday. But he’s not the first Texas lawmaker to propose commemorating the emancipation of enslaved people in Texas.

On Monday, U.S. Rep. Sheila Jackson Lee, a Houston Democrat, introduced a resolution — as she has for the past eight years — with the same goal. With 202 cosponsors, the bills’ supporters quadrupled this year compared to previous years. While Jackson Lee has been one of Juneteenth’s fiercest congressional advocates in recent years, similar legislative attempts date back to at least 1996.

In 1980, Texas became the first state to adopt Juneteenth as a state holiday. Today, it’s officially recognized in all but three states: Hawaii, North Dakota and South Dakota. 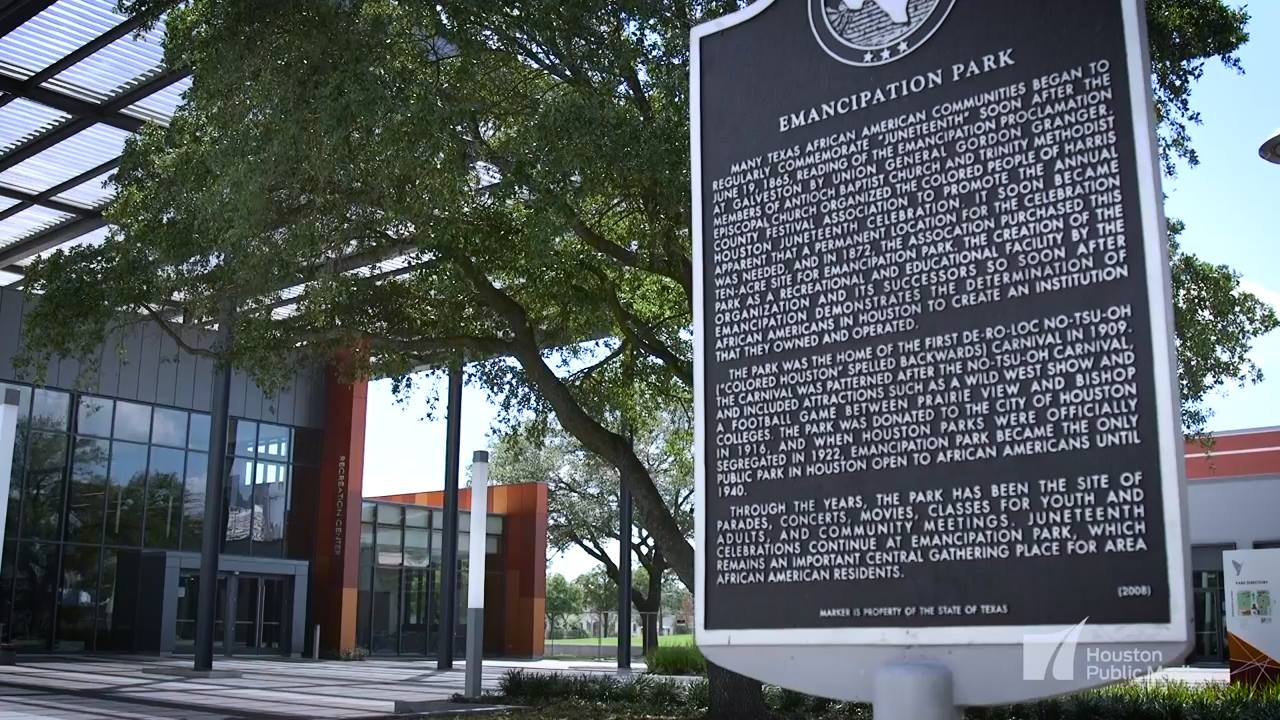 But for some Texas lawmakers, commemorating the day is just one step. The history of a people so integral to the country should be recognized and widely taught as a main event of American history, not a side note, they argue.

State Rep. Carl Sherman, D-DeSoto, said Juneteenth should be as important to Americans as Independence Day.

“There’s something illegitimate about that declaration of independence as July 4, when black people were not freed until almost a century later,” he said.

The Emancipation Proclamation was signed at the start of 1863 but the news did not reach Texas until June 19, 1865, when Union Maj. Gen. Gordon Granger landed in Galveston to announce the end of the Civil War and slavery. 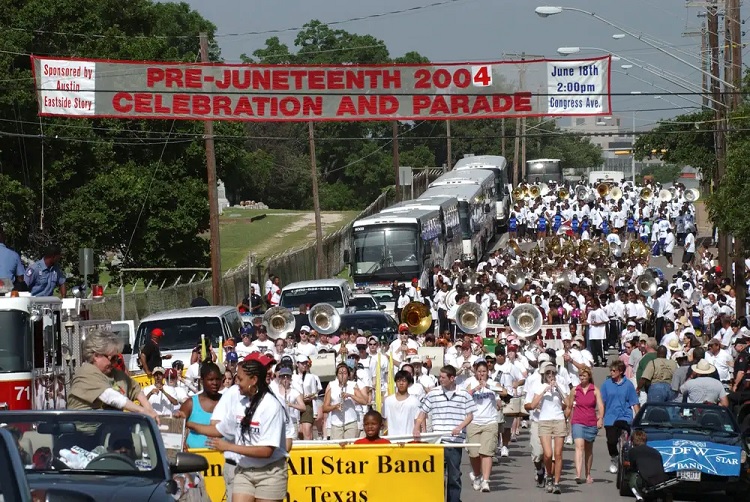 Slavery in the United States wasn’t formally abolished until Dec. 6, 1865 with the ratification of the 13th Amendment to the U.S. Constitution. But that didn’t prevent states from quickly enacting Black Codes to limit the freedoms of free black people, like requiring black people to sign yearly labor contracts or face arrests, fines and being forced into unpaid labor.

Some Texans say Juneteenth will be a respite for black people after several emotionally taxing weeks. For the past three months, the coronavirus has disproportionately sickened and killed black Texans, and for the last month protesters have filled the streets marching for racial justice.

“It’s exhausting to be black in America, but if we don’t take care of ourselves we won’t have the energy to show up for the revolution,” said Serita Robinson, African American constituency organizer for the Texas Democratic Party. “Black people can always find joy, even in the most dire situation.”

President Donald Trump took credit for popularizing Juneteenth in an interview with The Wall Street Journal published Thursday. Last week, Trump rescheduled his upcoming campaign rally to June 20, folding to widespread criticism that it would be insensitive to hold such an event on Juneteenth in Tulsa, Okla. The rally will take place near the site of the Tulsa Race Massacre, where mobs of white people attacked black residents and businesses in what was then the country’s wealthiest black community.

But black Americans have for years celebrated Juneteenth traditions including gathering for cookouts, baseball and singing spirituals in their Sunday best. Texans often celebrate with community festivals, but education and civic engagement — like registering to vote — are also central to Juneteenth’s commemoration.

This year, week-long activities will coalesce Friday with protests in Austin and Confederate Square in Gonzales County, family gatherings, caravans and conversations across social networks. But social distancing during the pandemic is causing some Texans to make adjustments to their traditional plans.

In lieu of a barbecue, Robinson will bake a maple vanilla pound cake while listening to her grandmother recount stories from her youth on the phone.

State Rep. Nicole Collier, D-Fort Worth, will be taking part in Lee’s caravan in Fort Worth.

“We still are in a pandemic, there is a deadly virus out there. But we don’t want to forego the opportunity to celebrate freedom,” Collier said.

State Rep. Shawn Thierry, D-Houston, will read “Grace for President,” about a black elementary school girl who aspires to be the first woman president of the United States, with her 7-year-old daughter.

“I just want to reaffirm and remind her that her skin color, her race are not limitations to her aspirations,” Thierry said.

And state Rep. Alma Allen, D-Houston, will host a dinner in her backyard complete with homemade potato salad, vegetables and tea. For her five grandchildren and three great-grandchildren, she’ll do an oral retelling of moments in black history, their family lineage and the meaning of Juneteenth.

“If you don’t know your history you’re going to have to accept what people tell you, and they don’t write it in the history books,” Allen said. “It’s important that they know.”