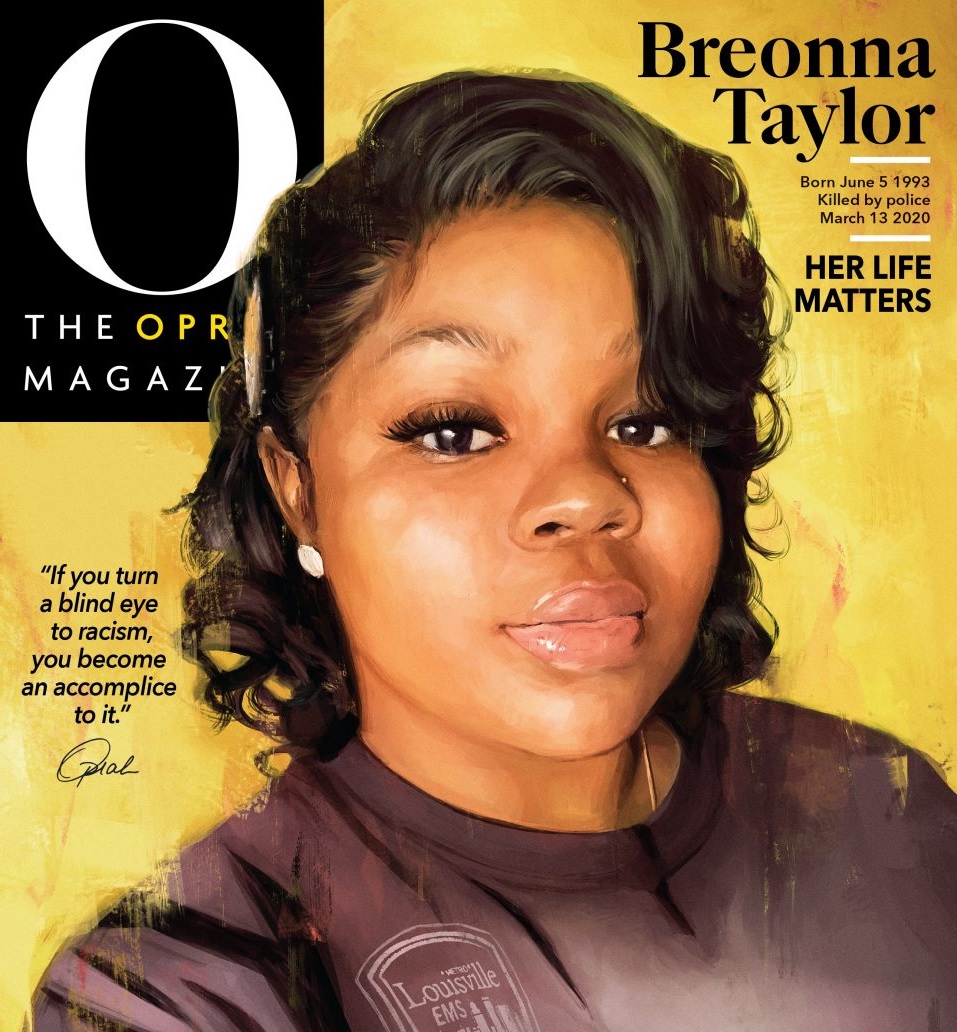 For the first time in its 20-year history, Oprah Winfrey will not be the cover star of her namesake magazine.

Instead, the September issue of “O, The Oprah Magazine,” will honor Breonna Taylor, the young woman fatally shot by police in her Louisville home last March.

Winfrey revealed the cover on Twitter and Instagram and wrote: “We can’t be silent. We have to use whatever megaphone we have to cry for justice. And that is why Breonna Taylor is on the cover of O magazine. The September issue honors her life and the life of every other Black woman whose life has been taken too soon.”

#BreonnaTaylor for our September cover. pic.twitter.com/yyulcONtgv

“When Breonna Taylor was killed, I couldn’t even try to shut it out. I was uncontrollably angry and hurt,” Franklin said in O magazine.

“So many things were going through my mind—Breonna’s life, mostly, and how it ended so abruptly and unnecessarily. Every stroke was building a person: each eyelash, each wisp of hair, the shine on her lips, the highlight on her cheek,” Franklin said of the process of creating the cover.

“I was as up close and personal as I could ever get to this woman and, consequently, to this very real problem. I felt a new level of determination and pressure to get it right.”

Winfrey’s editor’s letter features a second work by a Black woman artist: a silhouette of Taylor by papercut artist Janelle Washington. In it are written the names of 89 Black women and girls who have died by police violence or while in custody from the African American Policy Forum’s #SayHerName campaign. 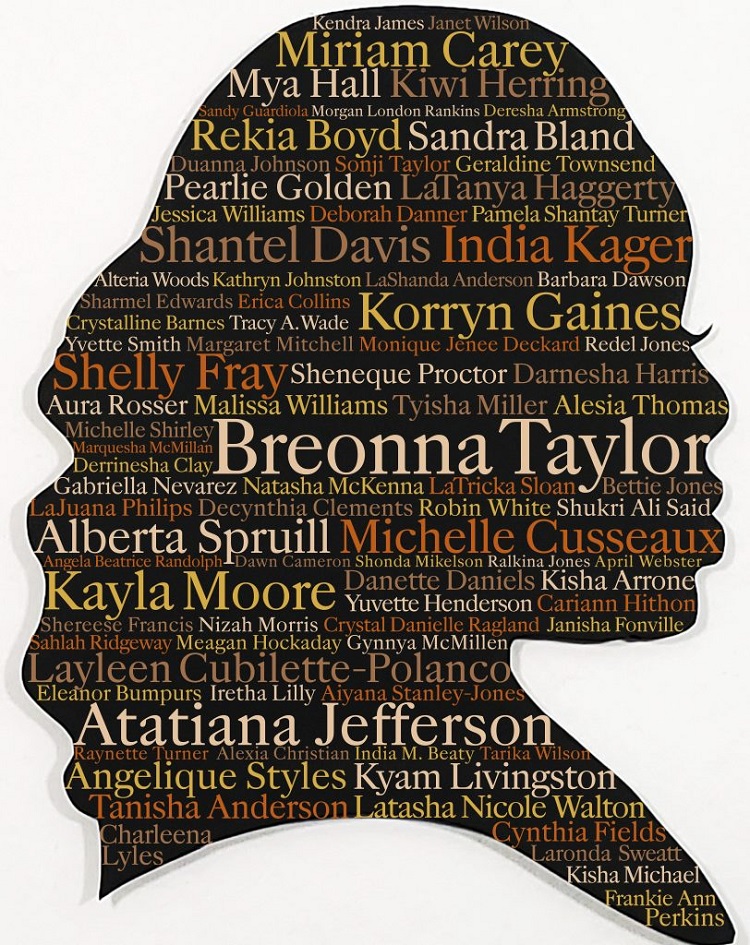 “I have a collection of property ledgers from former plantations. Names, ages, and prices of people, listed along with cattle, shoes, wagons, and all other earthly possessions,” Winfrey writes.

“Those ledgers come to mind when I see the names of Black women who were killed by police. Breonna Taylor and too many others like her. I see the names, I think of the ledgers, I feel the connection down the generations: the refusal to value Black women’s lives. And I feel a personal connection. Because I am these women. These women are me.”

The issue also includes a call to action for readers to continue the fight for justice for Taylor:

1) Sign the Change.org and Color of Change petitions to demand justice from Kentucky officials.

2) Call Kentucky’s attorney general, mayor, governor, and the public integrity unit of the Louisville Metro Police Department to demand the officers involved in Breonna’s death are fired and charged with her killing. Visit StandWithBre.com for guidance.

4) Hashtag #SayHerName on social media—so no one forgets her: Breonna Taylor.

The September issue of O magazine, which celebrated it’s 20th anniversary in April and will stop publishing regular print issues after the December 2020 issue, will be on newsstands August 11th.

-Black Enterprise contributed to this story.