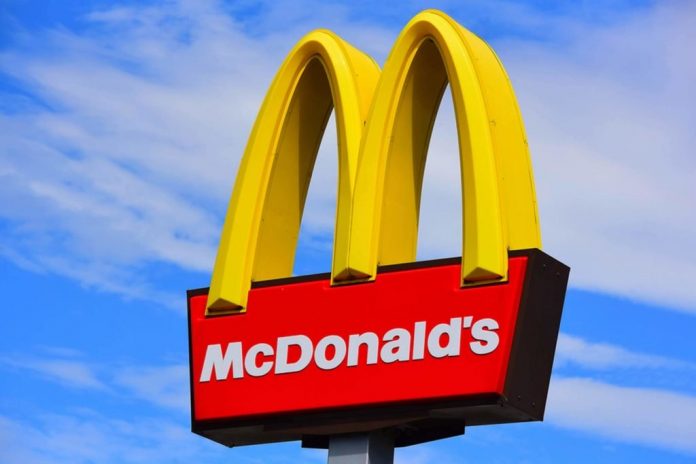 Part Three of a Three-Part Series

For anyone following the events that have unfolded since the shocking murder of George Floyd in Minneapolis at the hands of city police officers, the list of major corporations and foundations announcing their support for the Black Lives Matter movement reads like a virtual all-star roster of Fortune 500 companies.

From McDonald’s $1 million donation to the Open Society Foundations’ $220 million, the contributions have been pouring in to address racial equality and systemic racism. And along with the financial support have been expressions of sympathy, if not solidarity, with the aims of the movement which is to rid America of structural and institutional racism as well as the pursuit of economic parity and justice across all sectors of American society.

However, this rush to suddenly embrace BLM while welcomed by many, has also raised questions about the true extent of those commitments and the businesses’ own record of diversity and inclusion within their organizations.

“Today we stand with Black communities across America. Which is why we’re donating to the National Urban League and the NAACP. We do not tolerate inequity, injustice, or racism.”

The ad was released across its social media accounts while the company pledged to donate $1 million to those civil rights organizations. McDonald’s generated a total revenue of $21.08 billion in 2019 and African Americans make up about 14 percent of its customer base.

Interestingly enough the gesture illuminated the painful dichotomy between McDonald’s words of support for racial progress, diversity, inclusion and economic parity and the reality of its record on race over recent years. It is a record at the very heart of the racial discrimination lawsuit.

In fact, just last week as the country continued to convulse over demands that it more aggressively and honestly address issues of institutional racism within the legal, political, criminal justice, academic, entertainment and business industries, McDonald’s announced its Global Chief Diversity and Inclusion Officer Wendy Lewis suddenly “retired.” However, rather than having a credible, experienced, professional waiting in the wings to replace her as another dedicated corporate officer focused on addressing and correcting racial inequities throughout the corporation, in a memo obtained by the Chronicle, Heidi Capozzi, executive vice president and global chief people officer for McDonald’s announced instead they are creating something called a “global, cross-functional advisory council.”

Given the racial dynamics roiling the country at this very moment a Chicago-area businessperson, following the lawsuit but who did not want to be identified, said it almost unthinkable that a leading Fortune 500 company not prioritize a Chief Diversity and Inclusion Officer role and be prepared with another expert in the wings to step in and pick up the slack when they know a retirement is pending.

“Especially nowadays when companies of all sizes are rushing to hire Chief Diversity and Inclusion officers, or deem it important enough to create an office and staff,” that person said.

In her memo, Capozzi wrote: “… the council is made of leaders from across the system to holistically identify and address areas where McDonald’s can be a catalyst for change. The advisory council is focused on building meaningful actions into the business that support employees, customers, franchisees, suppliers and our communities.”

While obliquely conceding “we have more work to do,” nowhere in the lengthy statement does it mention specifically addressing claims of racial inequities and discrimination within the organization. Including allegations made in the lawsuit by the plaintiffs Domineca Neal and Vicki Guster-Hines that under the current leadership of its new CEO Chris Kempczinski, and Charles Strong, zone president west, there are no African Americans on the executive team. And that they defunded the company’s African American Diversity Council which provided career development and a talent pipeline for African American employees and targeted African Americans for demotion and elimination.

The women claim this not only resulted in the absence of African Americans at Kempczinski’s leadership table to advocate on behalf of Black employees, franchise operators or customers, but also a dramatic reduction in the number of African American executives in the top ranks (Vice President or higher) of McDonald’s operations. Those numbers fell to seven in 2019 from 42 in 2014, the year before former CEO Steve Easterbrook, Kempczinski and Strong took over.

A Chicago executive familiar with the lawsuit scoffed at the $1 million dollar donation noting it represented less than .02 percent of McDonald’s revenue of more than $21 billion last year. They claimed it was simply “window dressing” and a superficial effort to appear socially conscious and supporters of racial equity when in reality the company has been pulling away from its traditional commitment to racial diversity and inclusion after nearly 50 years of being an industry leader.

“If they were genuinely interested in helping African Americans obtain racial and economic justice, along with implementing a strong internal policy of developing and promoting African American executives and entrepreneurs they could have followed Netflix’ example and invested funds in Black banks and other Black businesses and grassroots organizations including community development institutions (CDIs) that build sustainable wealth and close the wealth inequality gap,” the person said.

In a post in Variety magazine, Netflix announced last month that it will donate $5 million to Black youths, Black creators and Black-owned businesses. $1.5 million will be going to the Ghetto Film School, Black Public Media, Firelight Media and Film Independent’s Project Evolve to support Black creators. Another $1 million in grants each, to Colin Kaepernick’s Know Your Rights Camp, the Posse Foundation, and Black Girls Code to support Black youths. And another $500,000 in grants to be distributed by Vermont Slauson Economic Development (VSEDC), a nonprofit group that provides resources to communities in South Los Angeles to help Black businesses traditionally underserved by banks.

In addition to this donation Netflix will also match their employees’ personal donations at 200%.

And yet, McDonald’s, which at one time set the industry standard for its investment in diversity and inclusion initiatives, announces after losing its diversity officer that it is forming an “advisory council” to be a “catalyst for change” but deliberately avoids mentioning African Americans in its statement.

However, given the urgency of the moment many African American civil rights and social justice advocates along with Black corporate executives said the time for “studying” or needing advisory councils to figure out what to do about racial inequality is over.

Mellody Hobson, co-CEO and president at Ariel Investments, a Black-owned Chicago-based investment firm, criticized such timid approaches to addressing racial inequality in the workforce in 2020.

During a recent interview on CNBC she noted that in corporate America “talk is cheap.”

“When it comes to diversity, for whatever reason, this has been this ongoing struggle where we just can’t move the needle,” she said. “I love the saying ‘math has no opinion.’ You just count and when you count and you see at the highest levels of corporate America, all the way down the chain, the differences in the numbers and how people of color, black and brown Americans, are under-represented; minorities do not show up in the numbers that we exist in this country.”

“That is not acceptable,” Hobson added. “And so, what we must do to hold ourselves accountable in corporate America is set targets like we set targets on everything else and identify people you want to get and be very clear and very bold about what the expectations are. And if we do that, we would see this needle move, because so much of this unrest, the civil unrest is tied to economic inequality. That’s just a fact. And we need to move the needle on this economic inequality.”