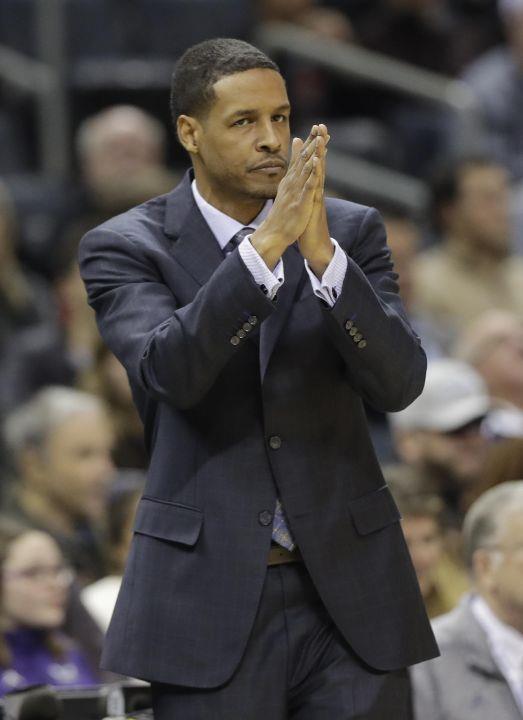 When the Rockets brass asked for Stephen Silas’ sales pitch for the head coaching job last month it was more of a conversation than a pitch to convince.

As the son of a former NBA head coach, Silas simply talked about starting out as a young, 27-year-old assistant under Paul Silas, then going on to work under offensive innovator Don Nelson, defensive guru Steve Clifford and most recently Rick Carlisle in Dallas, during his 20 years as an assistant coach. Silas also discussed the guards he has influenced like Steph Curry, Luka Doncic, Kimba Walker and Baron Davis.

“It really was just telling the story of who I am,” Silas said to The Defender Network. “It resonated with the group and I’m so happy that it did. I’ve had a lot of experience in the NBA and coached with a lot of people and coached a lot of great players and I’m looking forward to doing that here.”

New Rockets general manager Rafael Stone, who was in the room during that conversation, chimed in to discuss how he and others were so moved that day by what Silas had to say. Like a good coach, there wasn’t a situation or scenario that was thrown at Silas that the 47-year coach wasn’t ready for.

That left Rockets owners Tilman Fertitta, Rockets CEO Tad Brown and Stone all convinced who the next head coach should be.

“Stephen was the most prepared guy we talked to,” Stone said. “That’s not to be negative to anyone else because we talked to really smart, qualified guys. But Stephen’s level of preparedness, his ability to have thought through every single thing we threw at him and then just kind of the unique mind. Some of his answers were really, really interesting, that are not necessarily intuitive, and made all of us sit back and think, `Ha, that’s a different way of doing it; let’s think about it. That could be really interesting.’

“That combination was really, really cool. At the end of the day he was very clearly the best fit for us. We are feeling incredibly lucky that we found him.”

Silas seems uniquely prepared for this opportunity having spent his childhood watching the struggles his father had to become a head coach, and once he ascended to the role, how difficult it was to maintain it. Paul Silas gave his son his first NBA job as a scout not long after he graduated from Brown University, an Ivy League school. It wasn’t long before Silas was the youngest NBA assistant coach at 27.

So imagine how proud he was last month to call his dad and tell him that a head coaching job finally happened for him.

“He has been my rock in the basketball world for my whole career, so the gratification of that phone call was immense,” Silas said. “To be able to able to call my dad and say, `I got it. I’m finally a head coach’ after all of the things he went through trying to become a head coach. We’ve kind of gone along the same path.”